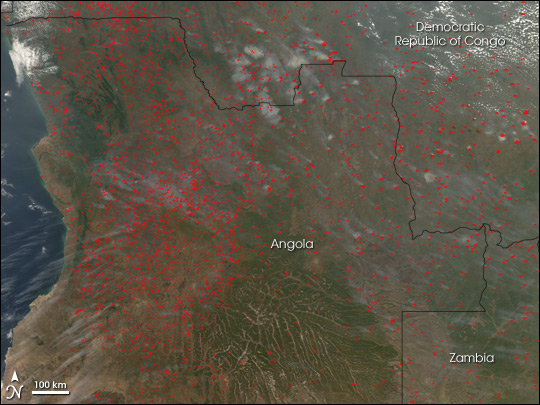 In southern Africa’s tropical savannas, fires set by humans are widespread for many months each year. During the dry season, people use the fires to clear brush, pasture, or old croplands; and also to drive game and livestock. In Angola, burning often begins sometime in May and becomes more and more widespread through mid-year, tapering off in September or October. This image of Angola, Democratic Republic of Congo, and Zambia was captured by the Moderate Resolution Imaging Spectroradiometer (MODIS) on NASA’s Aqua satellite on July 9, 2007. Fires (locations marked in red) blanket the scene.