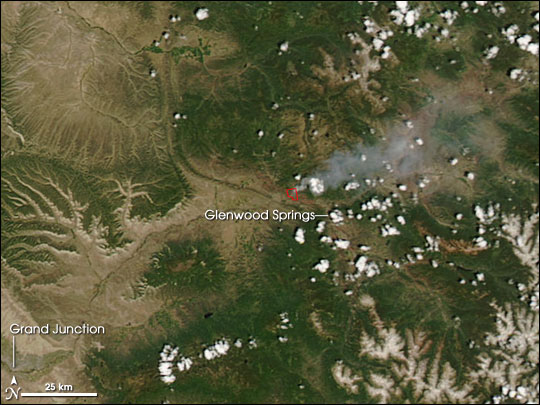 According to the National Interagency Fire Center report from June 21, 2007, numerous residences and other structures remained threatened by the 1,800-acre Newcastle Fire in Colorado. The fire was burning about 8 miles west of the city of Glenwood Springs. This image of the area was captured by the Moderate Resolution Imaging Spectroradiometer (MODIS) on NASA’s Aqua satellite on June 20, 2007. The location where MODIS detected actively burning fire is outlined in red.