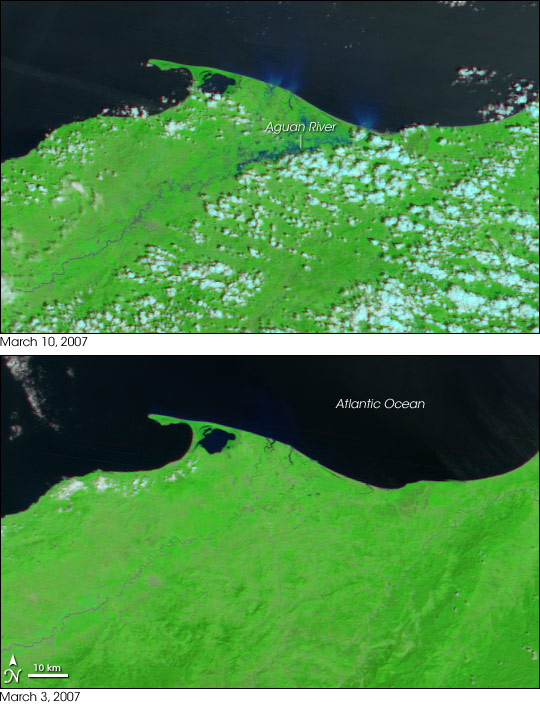 An unusual cold front brought heavy rains to the Atlantic coast of Honduras in early March 2007. By March 10, when the Moderate Resolution Imaging Spectroradiometer (MODIS) on NASA’s Terra satellite captured the top image, the Aguan River and nearby waterways were swollen. The floods cut off 100,000 people by damaging roads and bridges, said the Dartmouth Flood Observatory.

These images were made with infrared and visible light to increase the contrast between water and land. Water is typically black in this type of image, but dirt in the water scatters light, giving the flooded rivers a blue color. In the March 10 image, the rivers dump plumes of sediment into the Atlantic Ocean, coloring the water bright blue. Scattered clouds are pale blue and white, while plant-covered land is green.