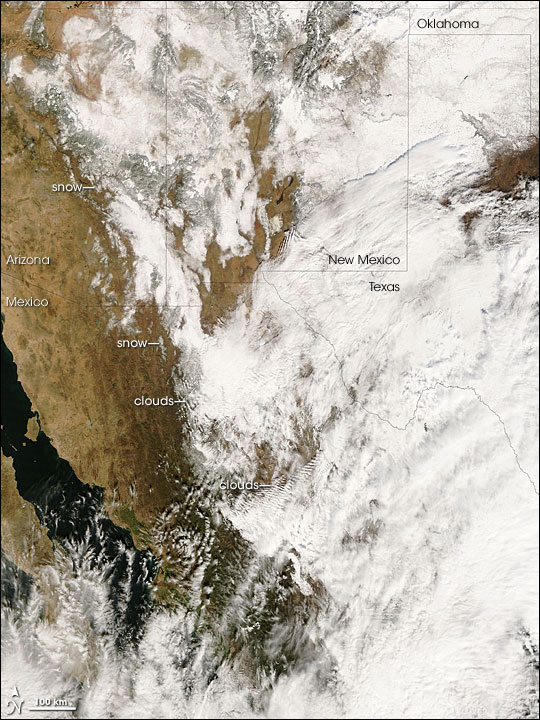 On January 21, 2007, a powerful storm dropped snow on parts of New Mexico, Arizona, and even northern Mexico. According to CNN, the storm left more than a foot of snow in northern Arizona, and reached as far south as Tucson with lighter amounts.

The Moderate Resolution Imaging Spectroradiometer (MODIS) on NASA’s Terra satellite took this picture on January 23, 2007. In this image, the snow and the clouds overhead appear very similar, but close inspection does reveal some differences. In some areas, the clouds have a striped pattern and cast their shadows onto the land surface below. Where snow cover is relatively light, it appears slightly darker than the clouds because it allows the darker color of the land surface to show through. Patches of snow cover also have more distinct outlines. Differences between snow and cloud cover can be more easily discerned in the high-resolution image, which shows 500 meters per pixel. 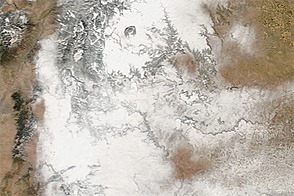