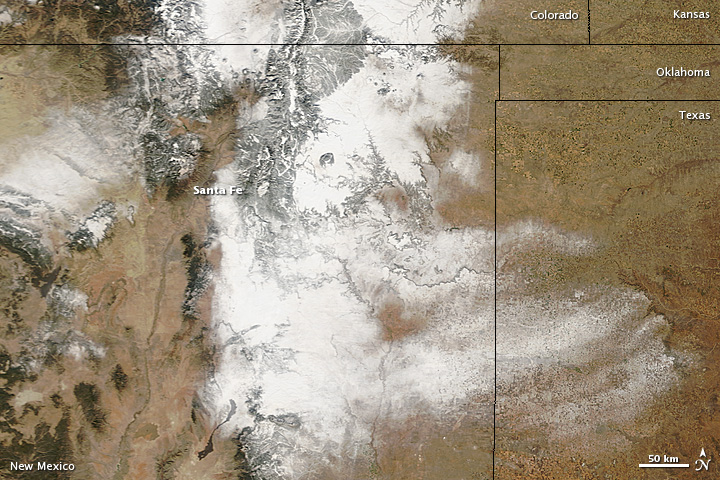 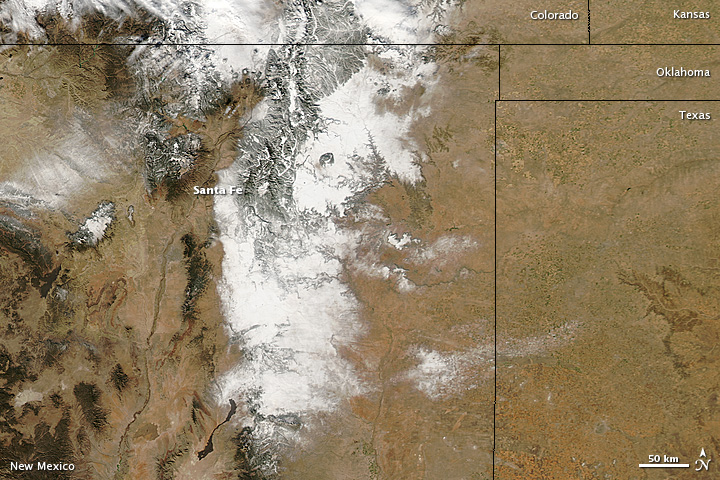 The snow faded quickly in lower elevations, as these natural-color images from December 10 show. The Moderate Resolution Imaging Spectroradiometer (MODIS) on NASA’s Terra satellite captured the top image in the morning, and MODIS on the Aqua satellite captured the bottom image in the afternoon. In the three hours and 15 minutes between the image acquisitions, snow retreated most obviously in the southeast. But reduced snow cover occurred on either side of the mountainous “spine” extending north-south through southern Colorado and New Mexico.

Clouds extend across the top edges of both high-resolution images.