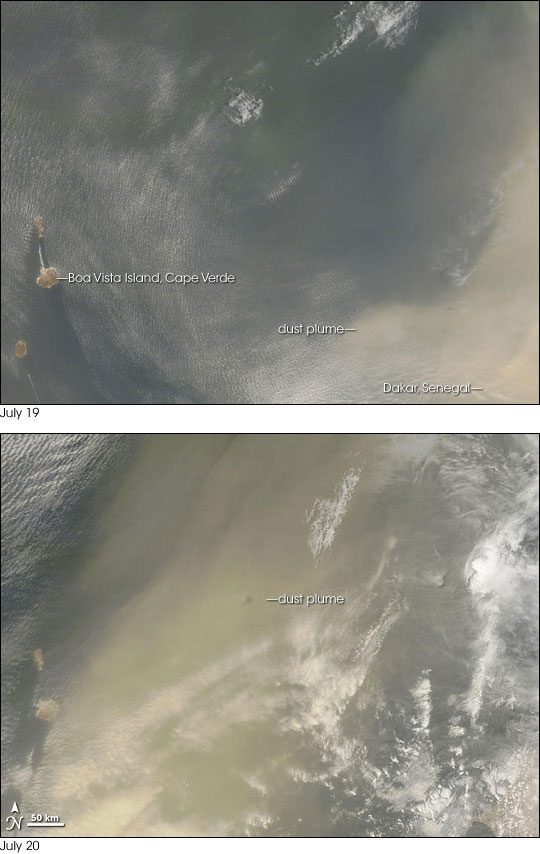 A thick plume of dust blew off the west coast of Africa toward the Cape Verde Islands on July 19, 2006. The Moderate Resolution Imaging Spectroradiometer (MODIS) flying onboard NASA’s Terra satellite tracked the storm on July 19 and 20. On July 19, the storm still covered part of the coast (far right edge), but by the following day, the dust had moved westward. Dakar, Senegal, was almost completely obscured on the first day (top), but was easier to see on the second. As the dust moved on, some clouds moved in, appearing over the west coast of Africa on July 20. The same day, the dust over the Cape Verde Islands was thicker.