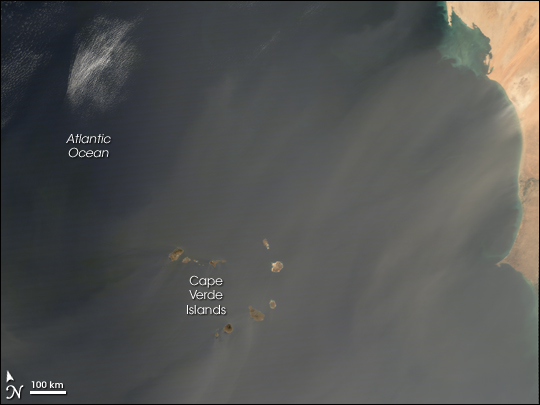 Saharan dust blew off the west coast of Africa and over the Cape Verde Islands on February 28, 2007. The Moderate Resolution Imaging Spectroradiometer (MODIS) on NASA’s Terra satellite took this picture the same day. This image shows a thin veil of dust over the Atlantic Ocean and the Cape Verde Islands. The dust appears thicker near the coast, and some source points for the dust plume appear just east of the shoreline. As the dust reaches the islands, it thins somewhat, but still can be detected from space.

Dust Storm Off the Coast of Western Africa