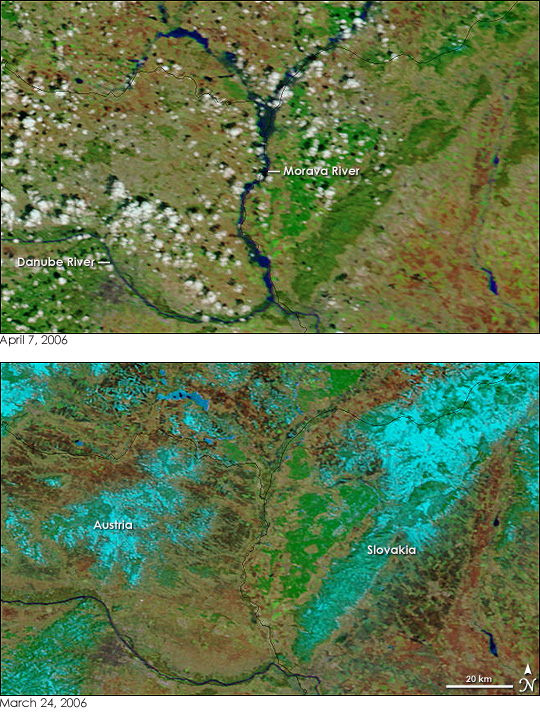 The rivers of Central Europe spilled over their banks in late March and early April 2006. Filled with heavy rain and spring runoff, the flooded rivers forced thousands to evacuate, according to news reports. Among the most severely affected regions were northeast Austria and western Slovakia, shown in this Moderate Resolution Imaging Spectroradiometer (MODIS) image taken by the Terra satellite. The Morava River, which forms the border between the two countries, was a wide blue ribbon on April 7, 2006, top. Dams along the river were strained, reported the Associated Press, and one burst under the onslaught of excess water. The Danube River, shown in the lower left corner of the image, had also been flooded, but the section of the river shown here appeared to have subsided to normal conditions by April 7. The lower image, taken on March 24, is provided to show the region under normal conditions, though the Danube may already have been running high at that point.