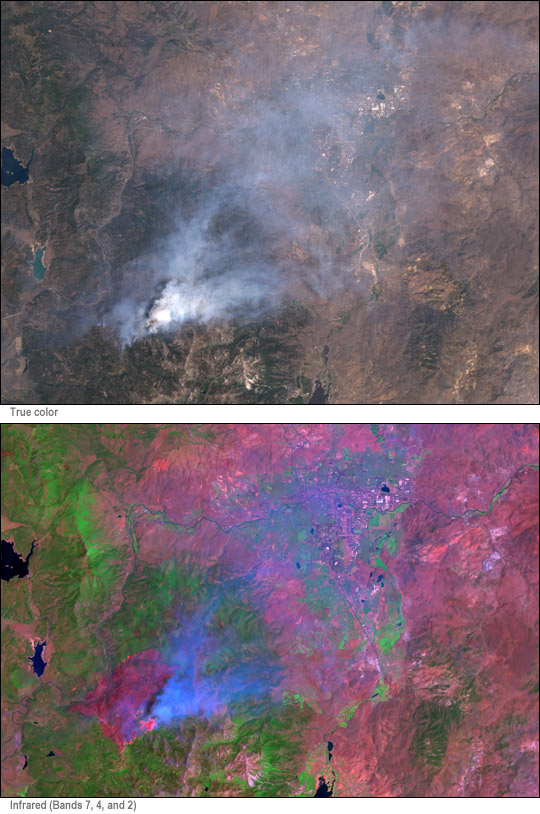 A large wildfire still burns in the Sierra Nevada Mountains, roughly 15 miles west of Reno, Nevada. More than 2,000 fire personnel have been dispatched to battle the blaze, which is estimated to be about 40 percent contained as of June 22.

This pair of images over the wildfire was produced using Landsat 7 Enhanced Thematic Mapper Plus (ETM+) data acquired over the region on June 19, 2001. The top image shows the scene in true color, with the large smoke plume (grey pixels) blowing eastward toward Reno.

The bottom image shows the same scene produced using a combination of the ETM+ visible and infrared bands. In this image, the burn scar underlying the smoke plume is much more obvious as the dark red pixels. The brighter red pixels toward northern and southern edges of the burn scar show where the flaming portion of the fire is located.