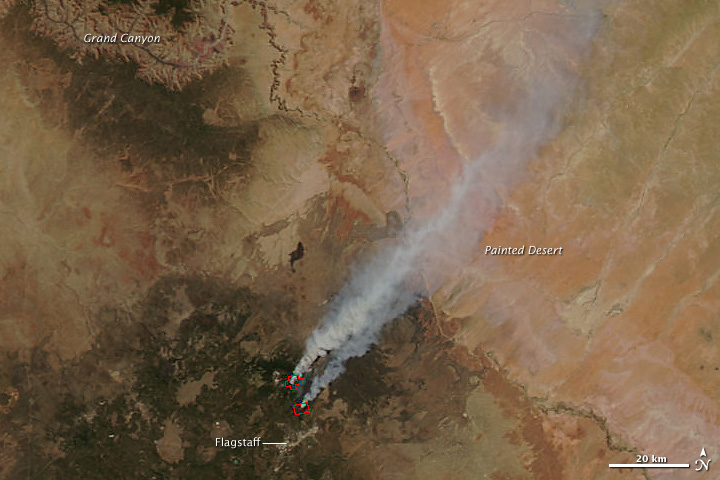 The Schultz Fire had burned an estimated 8,800 acres of forest north of Flagstaff, Arizona, as of June 22, 2010, and it remained totally out of control. Evacuations were in effect in the vicinity, but no structures had yet been lost according to the interagency Incident Information System (Inciweb) Website.

This image of the fire was captured by the Moderate Resolution Imaging Spectroradiometer (MODIS) on NASA’s Aqua satellite on June 21. Places where MODIS detected actively burning fire are outlined in red, and smoke drifts far to the northeast over the portion of the Colorado Plateau known as the Painted Desert.

The blaze looks like two separate fires, but an infrared-enhanced view shows a continuous burn scar (brick red color), with significant activity on both the northern and southern parts of the perimeter.