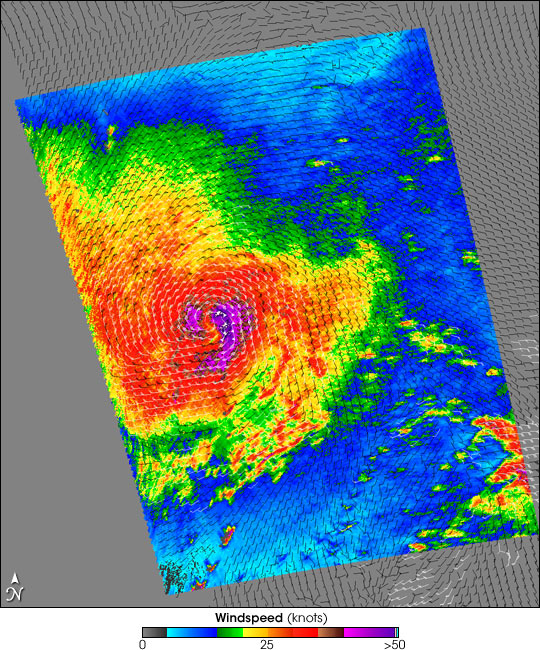 Typhoon Haitang is shown here churning steadily towards Taiwan and China. This image shows the storm’s swirling wind patterns as observed by NASA’s QuikSCAT satellite on July 14, 2005, at 19:19 UTC (14:19 Eastern Daylight Time). At this time, the typhoon was located hundreds of kilometers from the nearest major land masses.

Measurements of the wind strength of Typhoon Haitang show sustained winds of around 85 knots and gusts up to 105 knots at the time of the QuikSCAT observations. The images, however, reveal lower wind speeds. This is because the power of the storm makes accurate measurements difficult. The scatterometer sends pulses of microwave energy through the atmosphere to the ocean surface, and measures the energy that bounces back from the wind-roughened surface. The energy of the microwave pulses changes depending on wind speed and direction, giving scientists a way to monitor wind around the world.