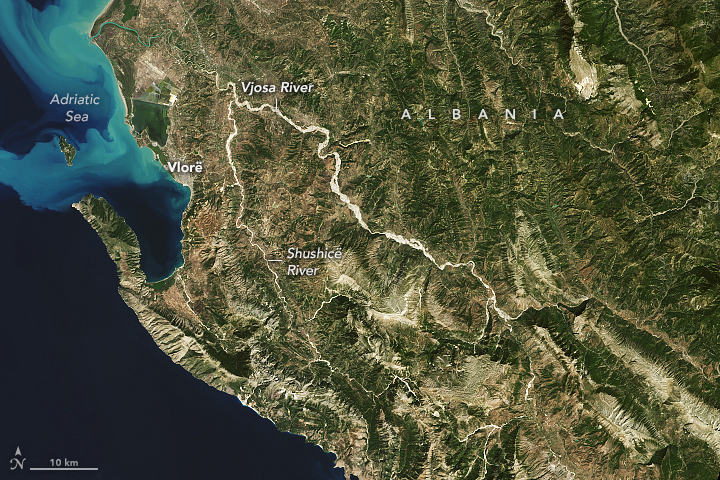 With a length of 272 kilometers (169 miles), the Vjosa River is far from being the longest or largest river in Europe. Instead, the river stands out because it is one of the only free-flowing rivers still found in Europe, a continent that has more than 1.2 million dams and other barriers on its rivers.

From its headwaters in the Pindus Mountains, the river flows through northwestern Greece and then through southwestern Albania. On September 9, 2022, the Operational Land Imager (OLI) on Landsat 8 captured this natural-color image of the river winding through several gorges and its wide sand- and gravel-filled channel before draining into the Adriatic Sea.

In Greece (just southeast of this image), the river is called the Aoös and flows through the rugged terrain and dense forests of Vikos-Aoös National Park. It joins with a large tributary (the Sarandapor) near the border with Albania and then navigates through a sequence of steep canyons. At the river’s middle reaches, it flows across wide gravel and sand bars and develops multiple interlacing braided channels. As additional tributaries (including the Drino, Bënça, and Shushicë rivers) flow into the Vjosa, the braided channels revert to being a single meandering channel in the lowlands near the Adriatic Sea.

Though there have been plans to build hydroelectric power plants and other projects on the Vjosa and its tributaries, Albanian authorities in 2022 signed a pledge to limit development and eventually turn the area into a national park.

Though there are more than one million dams and other barriers on Europe’s rivers, little disrupts the natural flow of the Vjosa River. 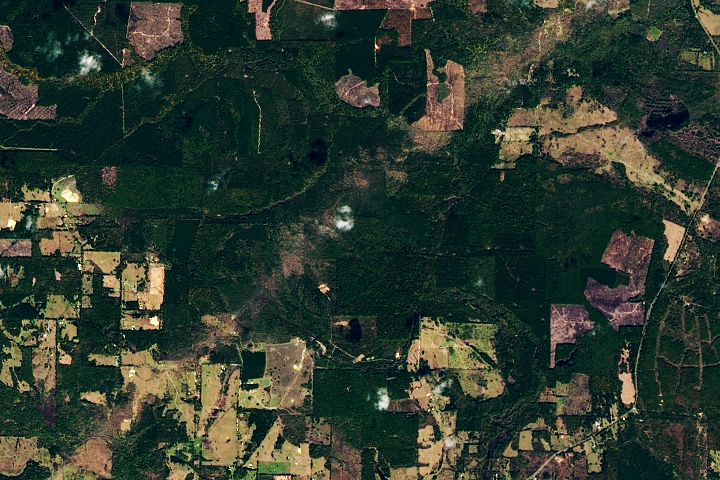