Autumn in the Adirondacks 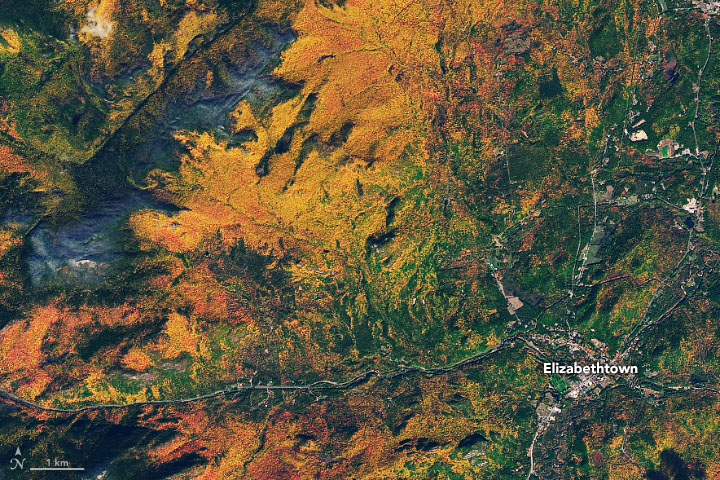 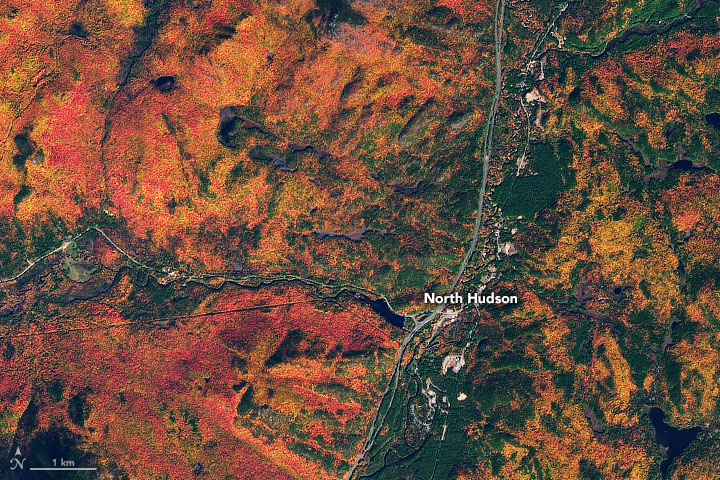 Dry conditions in summer 2022 dulled autumn foliage in many parts of the United States. But there were some places where leaf color still popped, including the Adirondack Mountains in northeast New York.

Leaves in the Adirondacks were at peak or near-peak color for the season when the Operational Land Imager-2 (OLI-2) on Landsat 9 acquired these images on October 8, 2022.

The top image shows autumn color around Elizabethtown, New York. The town, located about 40 miles (60 kilometers) southwest of Burlington, Vermont, has long been called the “eastern gateway of the Adirondacks.” Much of the striking yellow foliage in this image is west of the town, within the Hurricane Mountain Wilderness.

About 20 miles (30 kilometers) south of Elizabethtown, forests near the town of North Hudson were also seeing vibrant displays of fall color (second image). From North Hudson, the Blue Ridge Road winds to the west and bisects the Hoffman Notch and Dix Mountain wilderness areas.

Both towns are within Adirondack Park—the largest state park in the contiguous United States, spanning 6 million acres or about one-sixth of the state. This relatively unbroken forested landscape puts on a reliable show of seasonal color. Deciduous trees with especially vivid hues include sugar and red maples, and quaking and bigtooth aspens. Eastern larches also put on a showy display, but on this conifer, it is the needles, not leaves, that turn brilliant golden yellow in autumn.

Forecasters had called for fall color to underwhelm leaf-peepers this year in eastern Pennsylvania, New Jersey, central New England, and southeastern New York, where below-average rainfall during summer had caused trees to become stressed. Other areas had the right recipe for fall color: a cool, wet summer followed by a cool, dry autumn. In northern New York, leaf color was expected to be vibrant, but peak later in the season than usual. 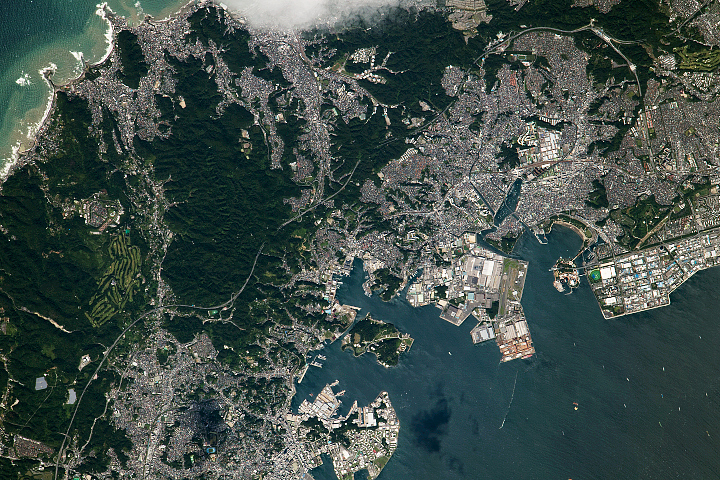