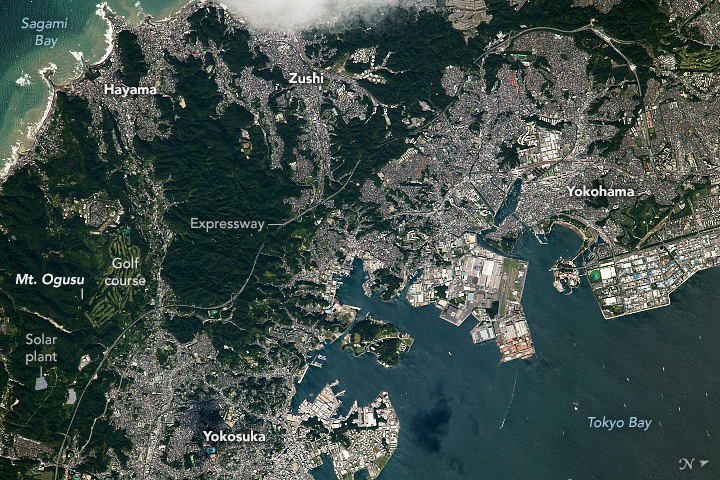 An astronaut onboard the International Space Station took this photograph of the northern section of Japan’s Miura Peninsula, which separates Tokyo Bay from Sagami Bay. An expressway runs through the center of the image and connects Yokosuka and Yokohama, two cities within the Greater Tokyo Area.

Inlets along Sagami Bay are tinged with brown-hued sediment as waves break near the shore. Darker regions near the center of the Miura Peninsula are heavily forested. Mount Ogusu (Ogusuyama), one of the highest points on the peninsula, is neighbored by parks, trails, a golf course, and solar power plants. Along the bottom right of the image, Yokohama and Yokosuka port facilities line the coast and ships linger in Tokyo Bay.

At this focal length, the high spatial resolution of the photograph captures infrastructure and individual buildings near coasts, roads, or valleys. Vehicle and electronics manufacturing are just some of the activities that employ thousands of people in the industrial zones of the Yokosuka and Yokohama area, which has a population of about 680,000.

Astronaut photograph ISS065-E-236121 was acquired on August 10, 2021, with a Nikon D5 digital camera using a focal length of 1150 millimeters. It is provided by the ISS Crew Earth Observations Facility and the Earth Science and Remote Sensing Unit, Johnson Space Center. The image was taken by a member of the Expedition 65 crew. The image has been cropped and enhanced to improve contrast, and lens artifacts have been removed. The International Space Station Program supports the laboratory as part of the ISS National Lab to help astronauts take pictures of Earth that will be of the greatest value to scientists and the public, and to make those images freely available on the Internet. Additional images taken by astronauts and cosmonauts can be viewed at the NASA/JSC Gateway to Astronaut Photography of Earth. Caption by Sara Schmidt, GeoControl Systems, JETS Contract at NASA-JSC. 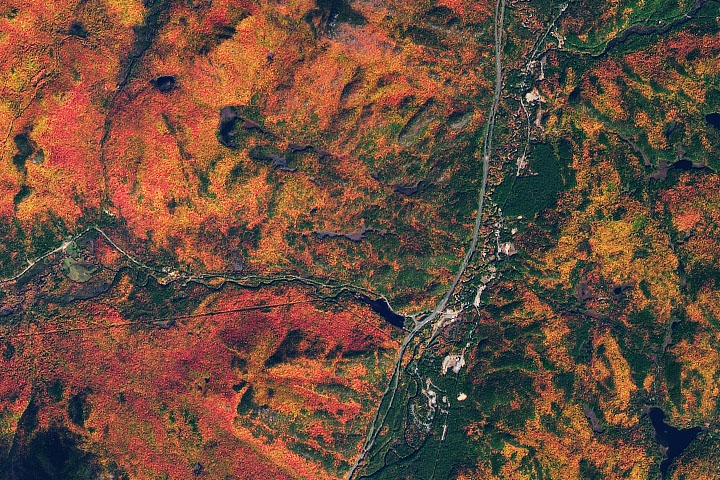 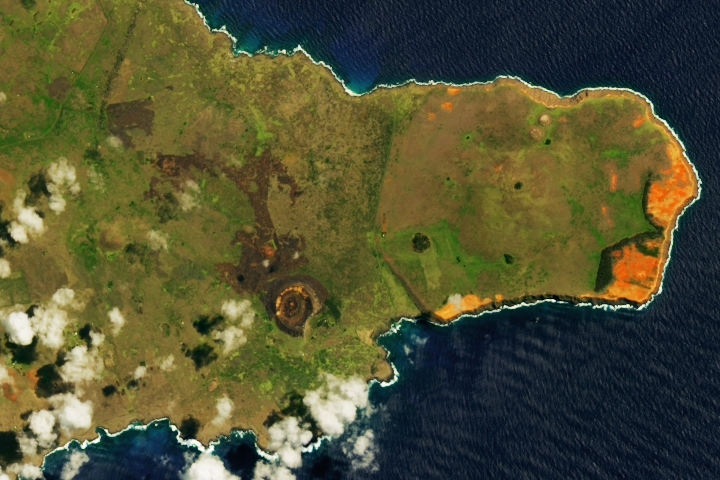 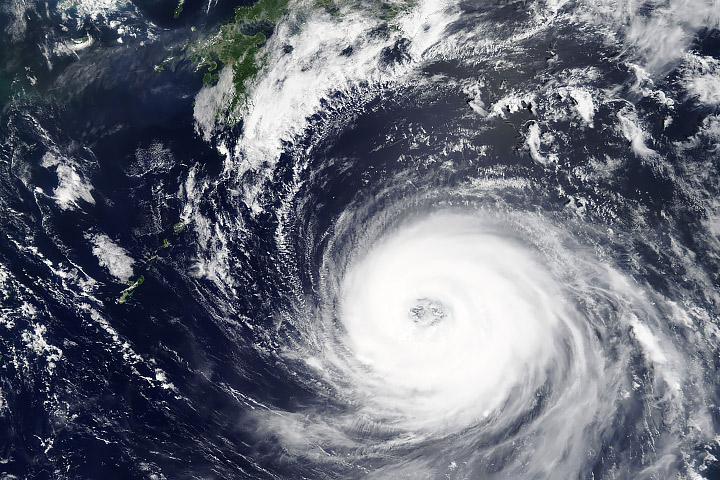 Two typhoons lined up in the Northwest Pacific Basin, tracking northwest toward Japan. 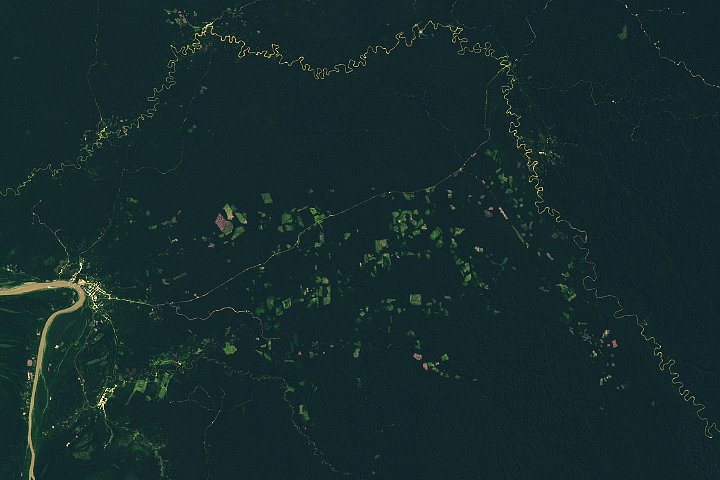