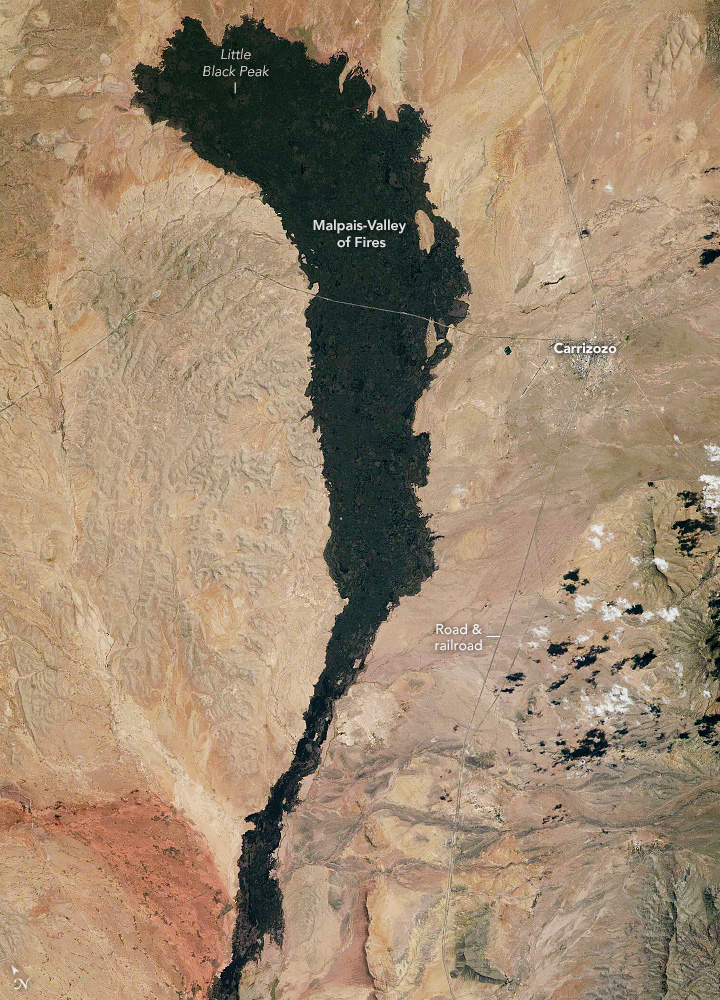 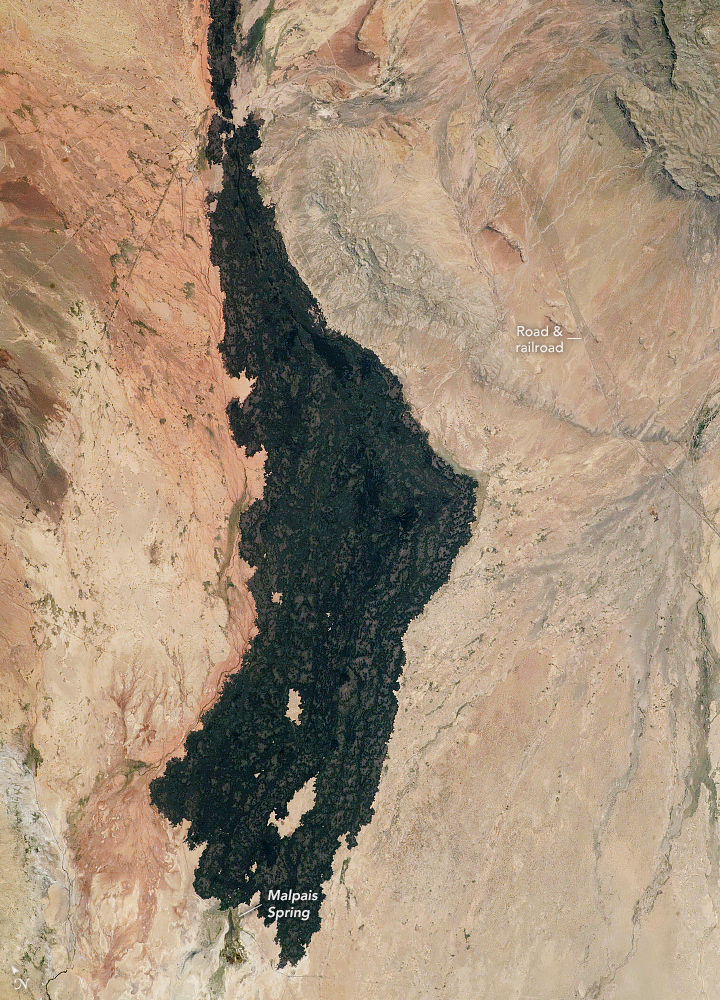 While in orbit over the Southwestern United States, an astronaut onboard the International Space Station took a sequence of photos of Carrizozo Malpaís, a large basaltic lava flow in central New Mexico. The four photos were then stitched together to produce a mosaic. (Click on the large file download for the full mosaic.)

Little Black Peak, an inactive cinder cone located at the northern end of Carrizozo Malpaís, is the highest point on the larger shield volcano. Approximately 5,000 years ago, a vent erupted at Little Black Peak and lasted several decades. The event created the second youngest lava flow in New Mexico and one of the longest flows from the Holocene Epoch. From its northernmost to southernmost points, the it stretches 50 miles (75 kilometers) across the Chihuahuan Desert.

The scattered lighter areas within the flow are different types of lava features—such as fissures, collapses, and depressions—or bare areas without lava. Desert vegetation like prickly pear cactus, perennial flowers, and juniper trees can grow within these features.

A road bisects the upper region of the lava flow, and a railway connects to the city of Carrizozo. Malpaís Spring extends from the south side of the flow, just north of the White Sands Missile Range testing site.

Astronaut photographs ISS067-E-1174535 through ISS067-E-1174538 were acquired on June 30, 2022, with a Nikon D5 digital camera using a focal length of 400 millimeters. They are provided by the ISS Crew Earth Observations Facility and the Earth Science and Remote Sensing Unit, Johnson Space Center. The images were taken by a member of the Expedition 67 crew. They have been cropped and enhanced to improve contrast, and lens artifacts have been removed. The International Space Station Program supports the laboratory as part of the ISS National Lab to help astronauts take pictures of Earth that will be of the greatest value to scientists and the public, and to make those images freely available on the Internet. Additional images taken by astronauts and cosmonauts can be viewed at the NASA/JSC Gateway to Astronaut Photography of Earth. Caption by Sara Schmidt, GeoControl Systems, JETS Contract at NASA-JSC.

A decades-long eruption created this long strip of basalt in the desert in New Mexico. 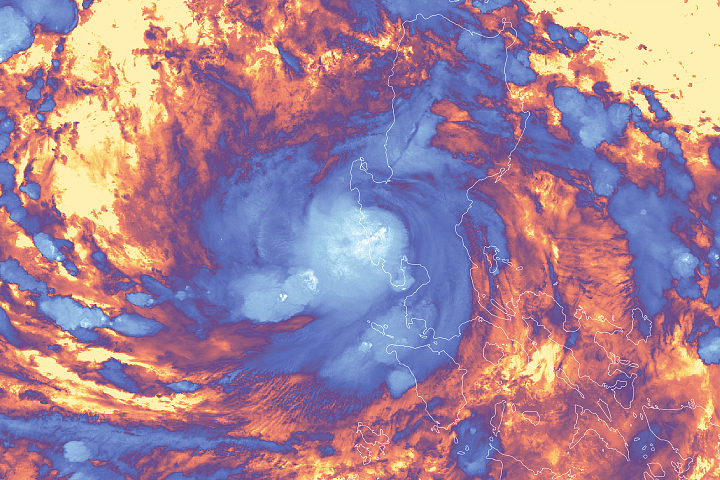