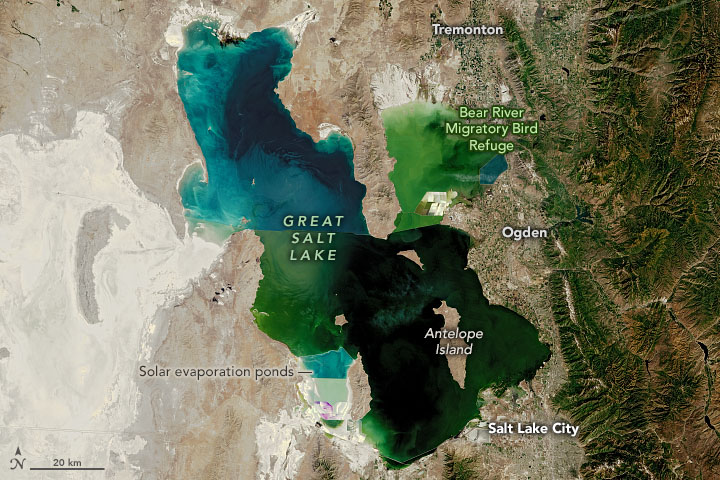 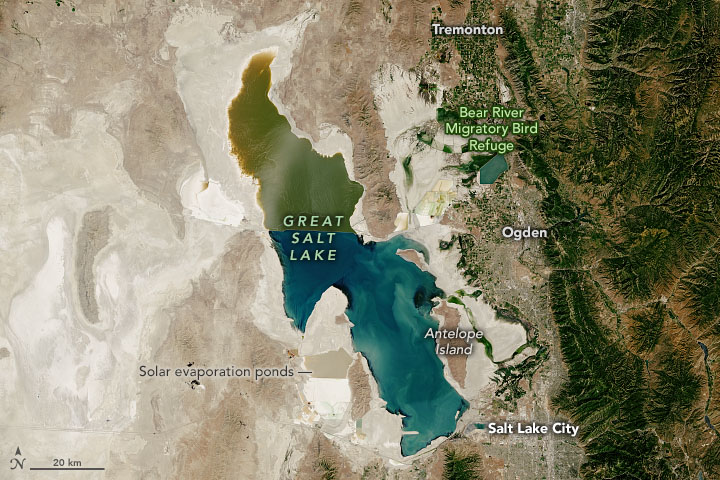 Few other lakes in the United States rival the Great Salt Lake in size and significance. It is the largest saline lake in the country and the eighth-largest in the world (by area). Home to extensive brine shrimp and salt harvesting operations, magnesium mining, and recreational activities, the lake contributes an estimated $1.5 billion to Utah’s economy. Its shallow waters also sustain millions of migratory birds.

Yet for most of the past four decades, water levels have been falling and the surface area has been shrinking. The Landsat image above, a composite of two Landsat images acquired in June 1985, shows the lake when water elevation levels were unusually high (4,209.7 feet/1,283.1 meters), due to a string of years with heavy rains and large amounts of runoff from melting snow. The second image, a composite of two July 2022 Landsat images, shows the lake when water elevation levels neared record low levels (4,190.2 feet/1,252.5 meters), according to data collected by the U.S. Geological Survey (USGS) at Saltair Boat Harbor.

Newly exposed portions of the lakebed appear as white fringes along the edge of the lake. Water levels in the southern part of the lake usually stand a bit higher than in the northern half because more tributaries flow into the southern section. The lake is also divided by a Union Pacific Railroad causeway that leads to different water colors and conditions in the northern and southern sections of the lake. The depth of the water and differences in the concentrations of sediment, salt, bacteria, and algae all contribute to the range of water colors seen in the two images.

Westminster College biologist Bonnie Baxter pointed to humans as a key driver of the drawdown. “We have been diverting water for housing and agriculture in the Wasatch Valley for about a century,” she said. “The diversions have grown particularly intense during the past few decades as more and more people have moved to the Wasatch Front.” The population of the Salt Lake City metro area grew from 700,000 in 1982 to 1.2 million in 2022.

“At the same time, the lake is feeling the pressure of climate change, with more precipitation falling in the form of rain instead of snow. Snow is better for the lake because it gets stored in the mountains and released slowly,” Baxter explained. She is the editor of a 2022 book about the Great Salt Lake and coauthor of a chapter focused on the impacts of climate change on the lake. “Until recently, we could handle a few years of drought, but now the aquifers are not being recharged. We have not set ourselves up to effectively handle the pressures of climate change given the level of water use upstream,” she said.

Utah State University researchers estimated that water inflows to the lake have declined by 39 percent since 1850 due to people using the water. Of the diverted water, 63 percent goes to agriculture, 13 percent to solar ponds, 11 percent to cities, and 13 percent to other uses. Per capita water use in Utah is the second highest in the United States and is 2.6 times higher than in some semiarid nations, according to Utah State University hydrologists Sarah Null and Wayne Wurtsbaugh. 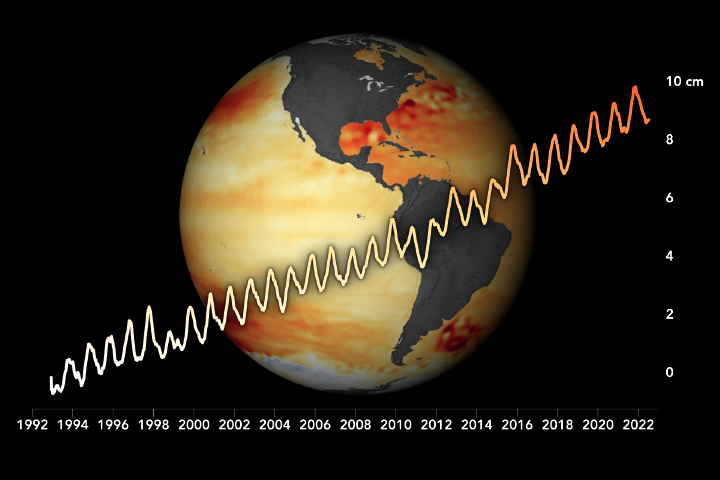 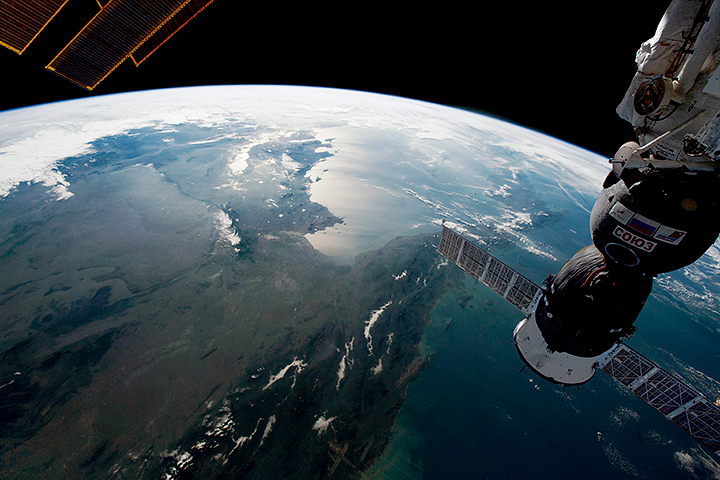 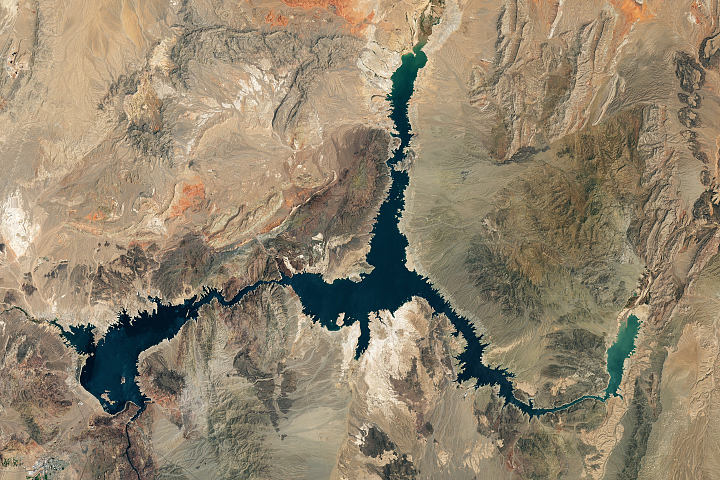