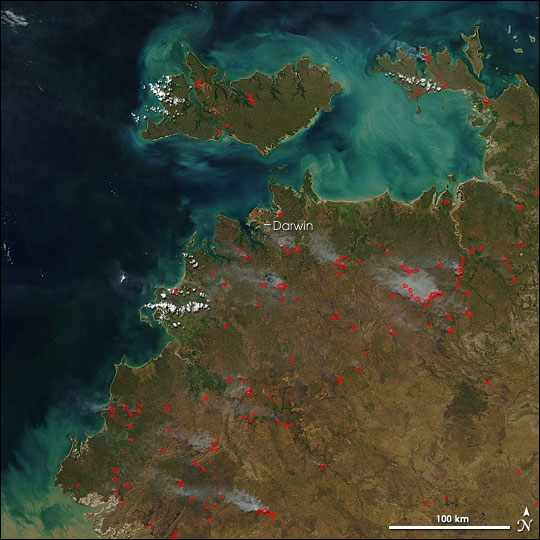 In the northern parts of Australia’s Northern Territory, April and May are months when people conduct planned burning in order to reduce underbrush and prevent more damaging fires later in the dry season. This image of Northern Territory captured by the Moderate Resolution Imaging Spectroradiometer (MODIS) on NASA’s Aqua satellite on May 17, 2005, shows many fires (marked in red) burning in the region around Darwin. About 150 to 175 kilometers east and southeast of Darwin, the fires are burning in the Kakadu National Park, part of the ancestral lands of the country's Aboriginal people. The traditional, often ceremonial, burning that occurs at this season is part of the relationship of people with the landscape that has gone on in the region for thousands of years. 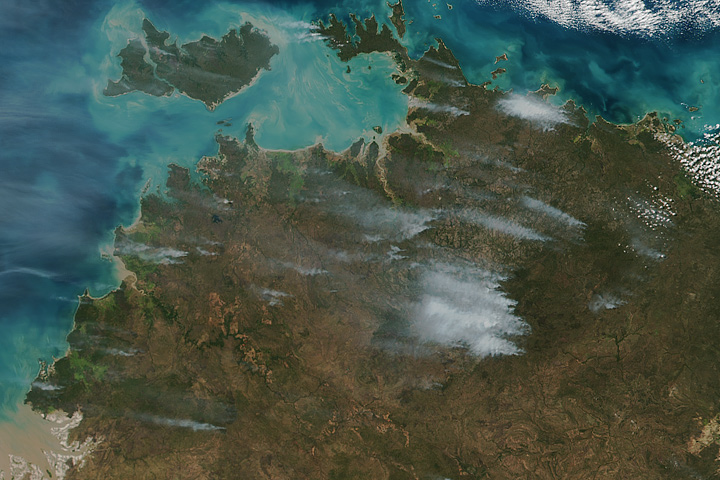 The Top End region of Australia faced a busy start to the bushfire season in 2017.