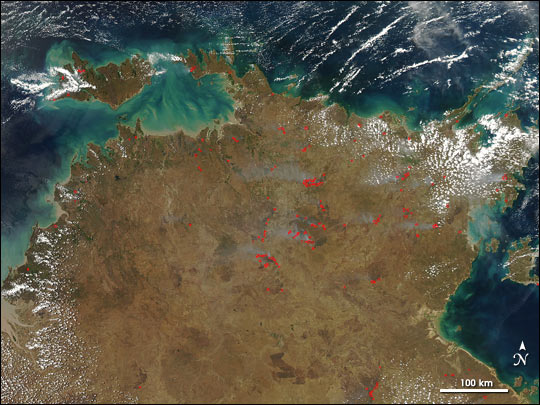 On September 29, 2004, several large fires were burning across the savannas and open woodlands of Northern Territory, Australia. Areas in which MODIS detected actively burning fires are marked in red. This part of Australia is known as the “Top End,” and the region is under the predominant influence of the Northwest Monsoon, with a pounced wet and dry season. September marks the end of the dry season, a time when fires have the potential to be much more damaging to the ecosystems than they are in the early dry season in May and June.