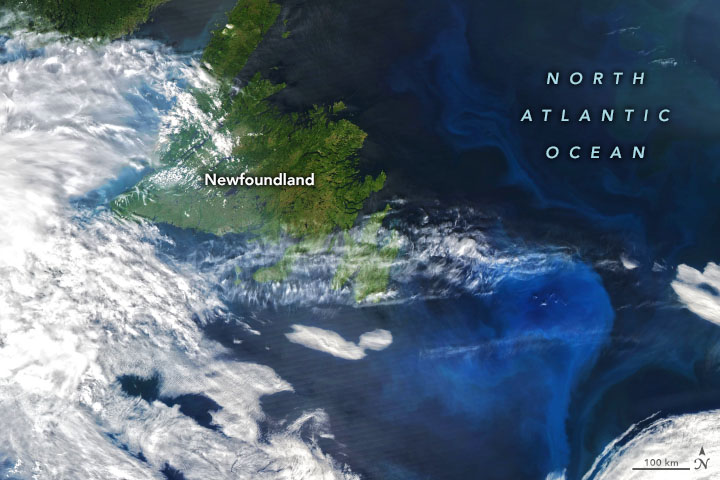 In mid-June 2021, hints of a phytoplankton bloom brewed off the coast of Newfoundland, Canada. In the following weeks, the faint patch transformed into a brilliant blue expanse as the number of microscopic plant-like creatures exploded.

The bloom was in full swing on August 5, 2021, when the Moderate Resolution Imaging Spectroradiometer (MODIS) on NASA’s Aqua satellite acquired this image (above). Clouds are common over the Labrador Sea, and this day was no exception. But areas east and southeast of Newfoundland were clear enough for satellites to detect the stunning blue display. Faint traces of the bloom were still visible amid the clouds on August 23.

The color of the ocean here is a good indication that the bloom is composed of coccolithophores, likely Emiliania huxleyi. The phytoplankton are covered in chalky calcite plates that are highly reflective, which make the ocean surface appear milky blue. Each cell is just a few nanometers across, but when enough of them congregate over a large area they become visible from space.

The region’s currents and circulation patterns help enrich the water with nutrients, which can enhance the productivity of phytoplankton when combined with sunlight. The organisms become food for zooplankton, shellfish, and other marine creatures, which has helped make this region one of the richest fisheries in the world.

It remains to be seen if coccolithophores will persist into September, as they did in 2019 and again in 2020. In previous years, E. huxleyi has been most abundant around mid-summer and less common in autumn. 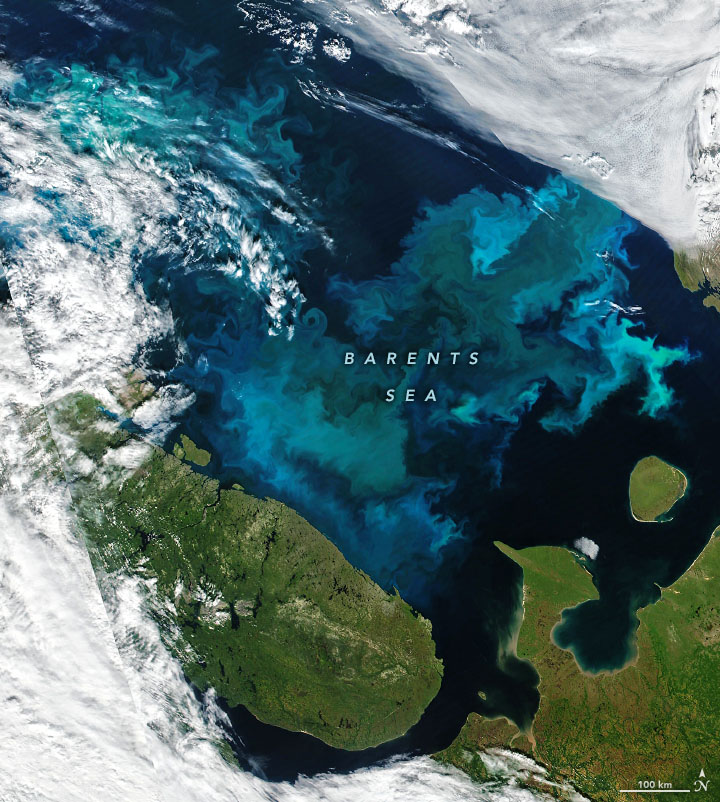 Meanwhile, about 3,000 miles (5,000 kilometers) away in the Barents Sea, a bloom that dazzled in mid-July continued to put on a display. The image above was acquired on August 9, 2021, with the Visible Infrared Imaging Radiometer Suite (VIIRS) on the NASA-NOAA Suomi NPP satellite. Traces of the bloom were still visible as recently as August 18.

This bloom is also likely dominated by coccolithophores. E. huxleyi is common here from around late July into autumn, replacing blooms of diatoms that thrive in spring and early summer. 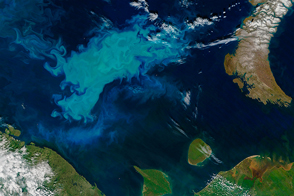 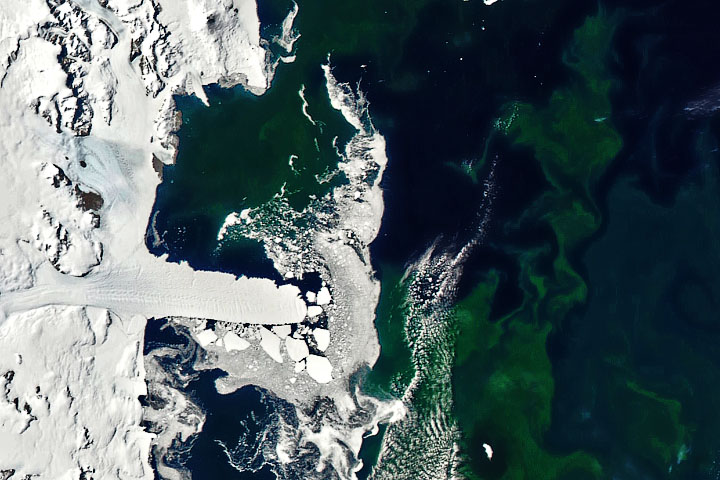