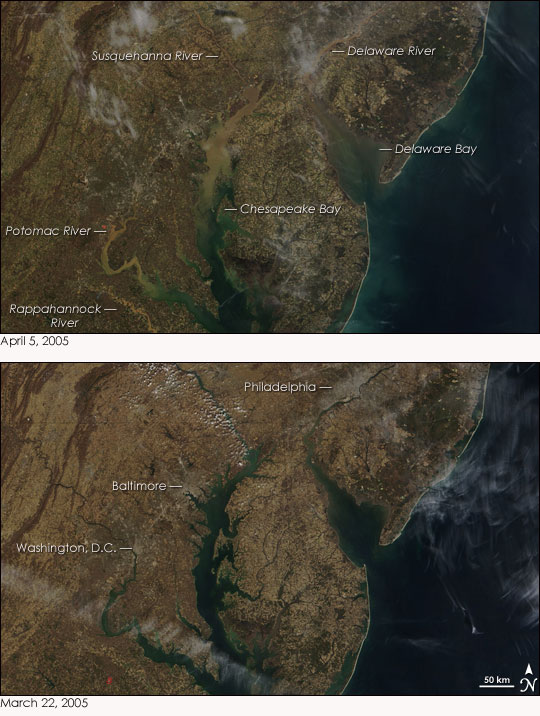 Torrential rains hammered the east coast of the United States on April 2 and April 3, 2005. The rain fell on ground already soaked from earlier storms and melting snow, and the excess water poured into rivers. The Delaware and Susquehanna Rivers both pushed over their banks, flooding nearby communities.

A few days later, flood water laden with dirt and debris made its way downstream into the Chesapeake and Delaware Bays. By April 5, 2005, top image, both bays had turned murky brown near the mouths of the two flooded rivers. The rivers themselves have also gone from the clear blue-green seen on March 22, lower image, to a red-brown that is hard to distinguish from land. To the south, the Potomac and Rappahannock Rivers are also muddy with run-off. The Moderate Resolution Imaging Spectroradiometer (MODIS) on NASA’s Terra satellite captured both of the above photo-like images.