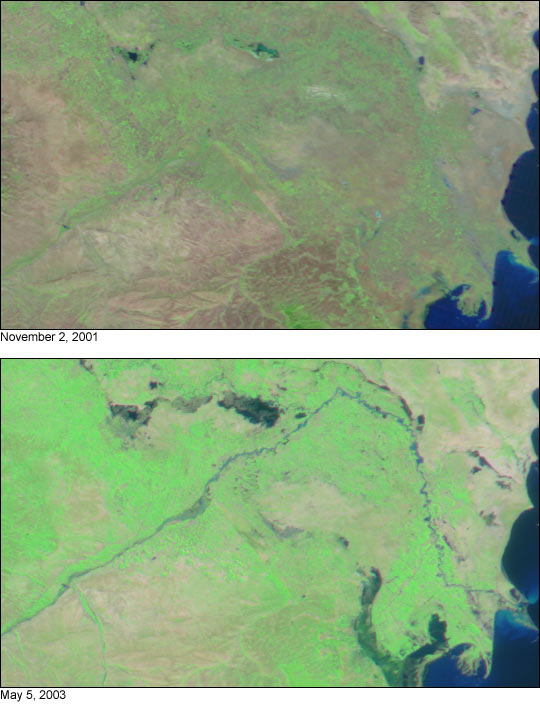 In early May 2003, snowmelt from the Cacaucus Mountains combined with heavy rains led to flooding in Azerbaijan. The floods displaced thousands of people along the Araks and Kura rivers and caused over $50 million in damage.

The floodwaters can be seen in this false-color image (bottom) acquired on May 5, 2003, by the Moderate Resolution Imaging Spectroradiometer (MODIS) aboard NASA’s Terra spacecraft. The Araks and Kura rivers can be seen streaming through the center of the image. Normally, these rivers would not even be visible in MODIS imagery (top, acquired on November 2, 2001).

In the above imagery, land is green and brown, water is blue and black, and clouds are light blue and white.