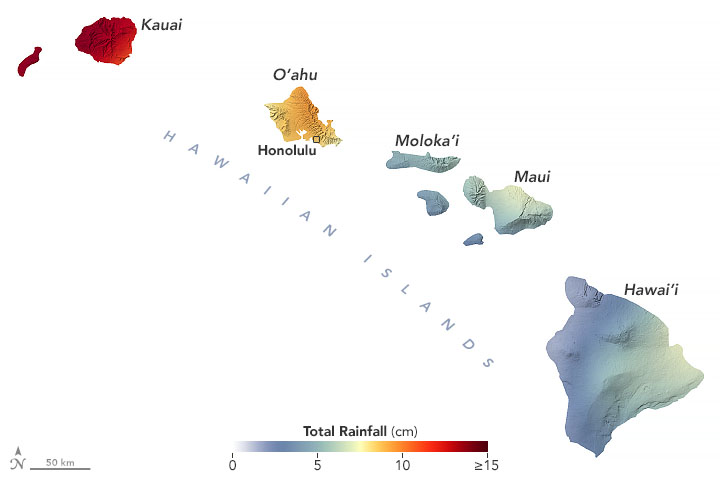 Torrential downpours and destructive flash floods swamped parts of Hawaii in March 2021. A strong low-pressure system fed by abundant moisture from the tropics fueled slow-moving storms that dropped inches of rain per hour in certain areas.

This map shows the rainfall accumulation across the region from March 5 to 12, 2021. The data are remotely-sensed estimates that come from the Integrated Multi-Satellite Retrievals for GPM (IMERG), a product of the Global Precipitation Measurement (GPM) mission. The darkest oranges and reds indicate places where GPM detected rainfall totals exceeding 4 inches (10 centimeters) during this period. Due to averaging of the satellite data, local rainfall amounts may be significantly higher when measured from the ground. The National Weather Service reported rainfall totals in several towns that topped 10 inches (25 centimeters) over a 72-hour period.

Dozens of homes have been damaged or destroyed and many roads have been closed due to floods and landslides. Some areas faced widespread power outages. According to news reports, flooding was particularly severe in Haleiwa, a community in Honolulu. In Maui, thousands of people were forced to evacuate after water filled the Kaupakalua dam and reservoir, prompting fears that the dam could fail. On March 9, the governor declared a state of emergency.

While the most intense rains had subsided by March 11, forecasters are continuing to monitor unsettled weather and the possibility of more flash floods in the coming days. 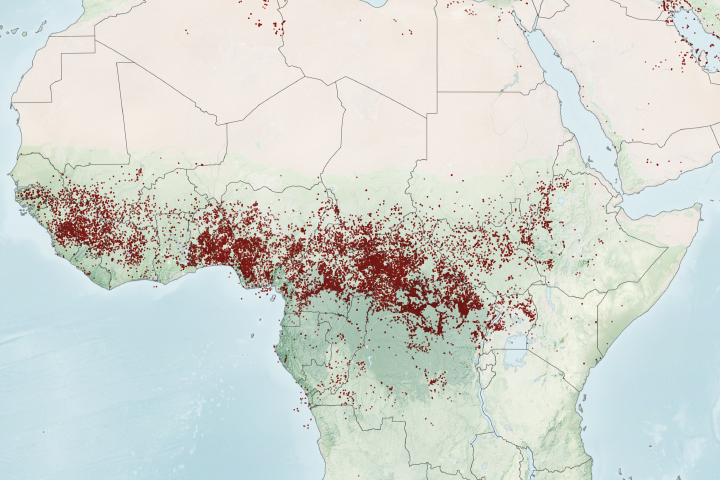