Looking Around the Neighborhood 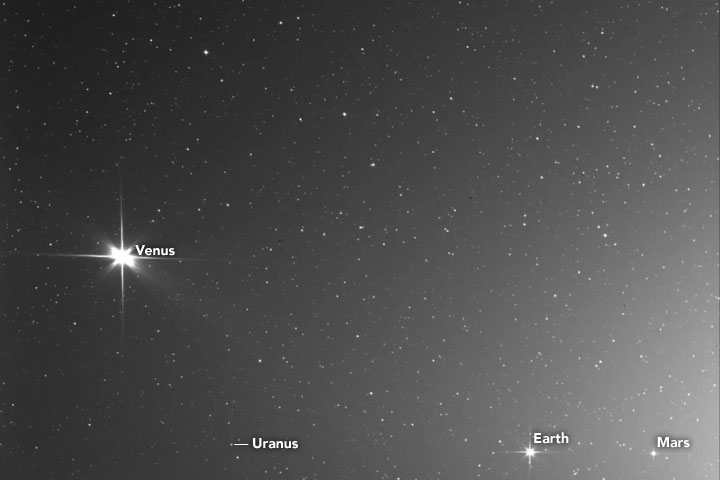 Though they focus on the star at the center of our solar system, some Sun-watching spacecraft recently captured unique views of Earth and other planets. Each mission has a distinct orbit, so the perspectives are different from each other and from our view from Earth.

Solar Orbiter and the Parker Solar Probe both carry instruments to study the Sun and its influence on space. Among those instruments are low-light cameras that can observe the Sun’s outer atmosphere and the solar wind. It’s these instruments that saw several planets pass through their fields of view in 2020.

The image above shows Venus, Uranus, Earth, and Mars as observed by the Solar Orbiter Heliospheric Imager (SoloHI) on November 18, 2020. The spacecraft was about 251 million kilometers (156 million miles) away from Earth at the time; the Sun was outside the image frame to the right. To understand the placement of the planets in the image, view this depiction of the spacecraft viewing angle.

Solar Orbiter is a joint mission of the European Space Agency (ESA) and NASA that launched in February 2020. The spacecraft returned its first images in July 2020, including closest-ever views of the Sun. SoloHI, one of ten instruments on the spacecraft, looks off to the side of the Sun to observe the solar wind and the dust that fills the space between the planets. 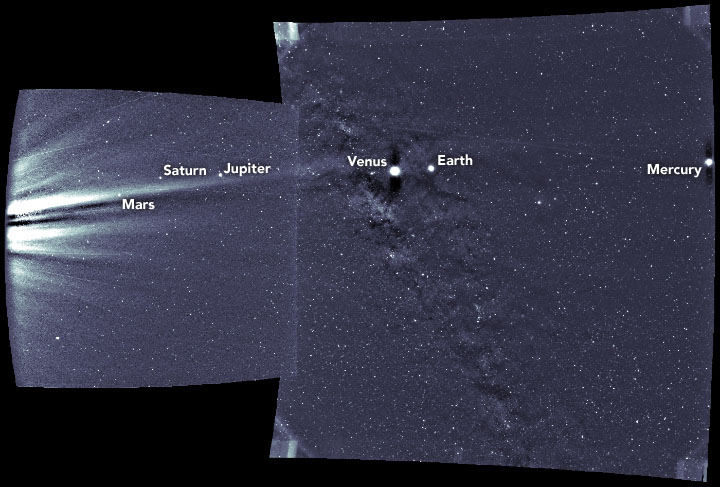 WISPR takes images of the solar corona and the inner heliosphere in visible light, while also observing the solar wind and other structures as they approach and pass the spacecraft. The NASA spacecraft was approximately 18.7 million kilometers (11.6 million miles) from the Sun at the time, and about 158 million kilometers (98 million miles) from Earth. See a schematic of Parker’s position and field of view.

One of the spacecraft in NASA’s Solar and Terrestrial Relations Observatory (STEREO) also observed most of the planets on June 7, 2020. View that image here.

Visit our Earth from Afar collection for more views of our home planet in the wider context of our solar system.

Two spacecraft designed to study the Sun also got some recent peeks at Earth and other planets. 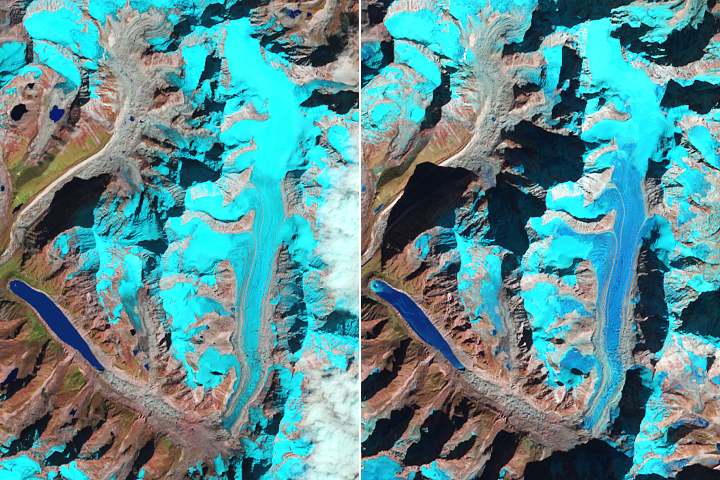