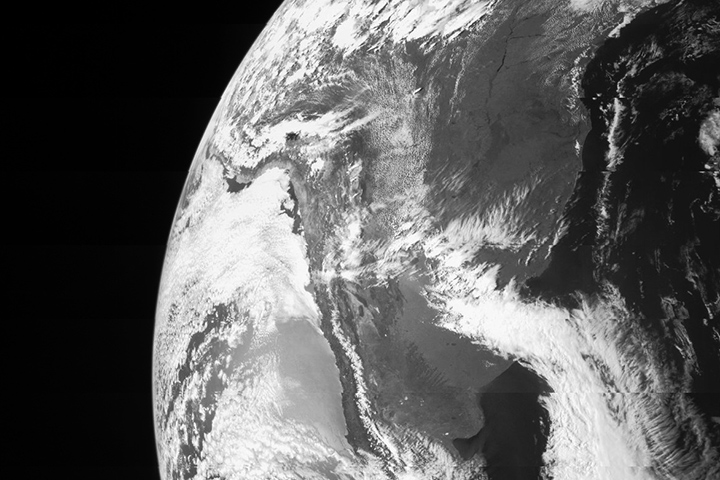 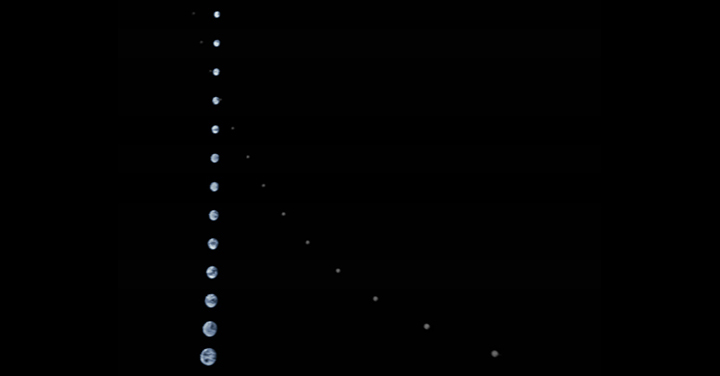 To reach the outer planets in our solar system, mission planners usually chart a path that sends a spacecraft toward other small planets or the asteroid belt before falling back toward Earth by gravity. The technique allows the spacecraft to use natural gravity and momentum to increase its speed relative to the Sun and slingshot toward the outer solar system. In the case of Juno, the spacecraft received a boost in speed of more than 3.9 kilometers per second (8,800 miles per hour).

The top image above was captured on October 9, 2013, by JunoCam, which was designed to take images of Jupiter in visible light. Much of South America is visible on the sunlit limb of Earth, while the rest of the hemisphere is in darkness and not shown. JunoCam was one of several instruments tested during the Earth flyby to ensure that they work as designed upon arrival at Jupiter.

The composite view of the Earth and Moon (second image) was captured by low-resolution cameras that were designed to track faint stars and orient spacecraft sensors. The cameras are located near the tip of one of Juno’s solar-array arms and are part of the spacecraft’s Magnetic Field Investigation. Earth and the Moon came into view when Juno was about 966,000 kilometers (600,000 miles) away. Note how the Moon’s position relative to Earth changes because the Moon was moving and the spacecraft was approaching both.

“If Captain Kirk of the USS Enterprise said, ‘Take us home, Scotty,’ this is what the crew would see,” said Scott Bolton, Juno principal investigator and a scientist at the Southwest Research Institute. “In the movie, you ride aboard Juno as it approaches Earth and then soars off into the blackness of space.”

A Juno Earth flyby movie, assembled from the series of still images captured by Juno, appears below. The musical accompaniment is an original score by Vangelis.