The Stability of von Kármán’s Vortices 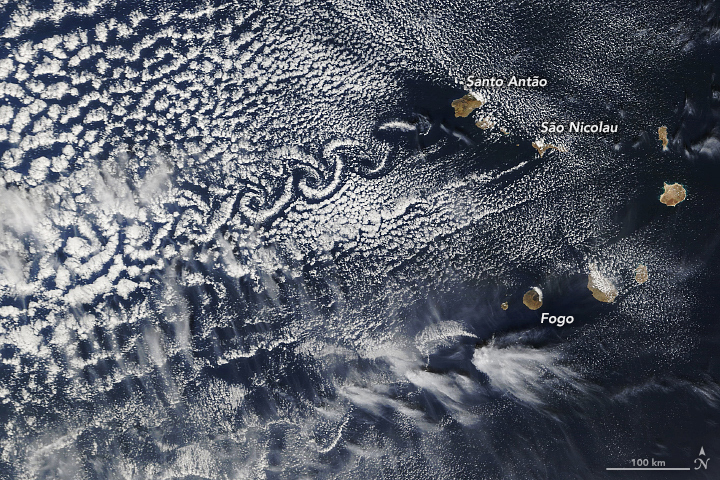 On a clear day, the towering peaks on Fogo, Santa Antão, and São Nicolau stand out amid the flatter islands of Cabo Verde (Cape Verde). These three volcanic islands, the tallest in the archipelago, stand high enough to generate rain shadow effects that support unique dry forests on some of the islands.

The height also helps these islands disturb passing air masses and clouds in a way that Theodore von Kármán—an accomplished mathematician, aerospace engineer, and one of the Jet Propulsion Laboratory’s founders—likely would have appreciated. The trails are called von Kármán vortex streets, a distinctive pattern that can occur when a fluid passes a tall, isolated, stationary object. In 1912, von Kármán was the first to describe the oscillating flow features in mathematical terms while he was working as a graduate assistant for the pioneering German fluid dynamicist Ludwig Prandtl.

Though a French scientist was the first to photograph the feature, von Kármán’s key insight was a mathematical proof demonstrating that staggered vortices were the most lasting flow pattern that such features can produce. “I found that only the anti-symmetric arrangement could be stable, and only for a certain ratio of the distance between the rows and the distance between two consecutive vortices of each row,” von Kármán later wrote about the discovery. In other words, the vortices are always offset and never line up.

The Moderate Resolution Imaging Spectroradiometer (MODIS) on NASA’s Terra captured this image of the swirling trails of clouds on December 20, 2020. The dry forests appear slightly darker than the rest of the islands.

Von Kármán was a student at the University of Göttingen (Germany) when he made his insight about the vortices. He remained in Germany until 1930, with a three-year interruption to serve in the Austro-Hungarian army. Concerned about the rise of the Nazis in Germany, von Kármán accepted an offer to direct the new Daniel Guggenheim Aeronautical Laboratory at the California Institute of Technology in 1930. That lab later became NASA’s Jet Propulsion Laboratory in 1958. 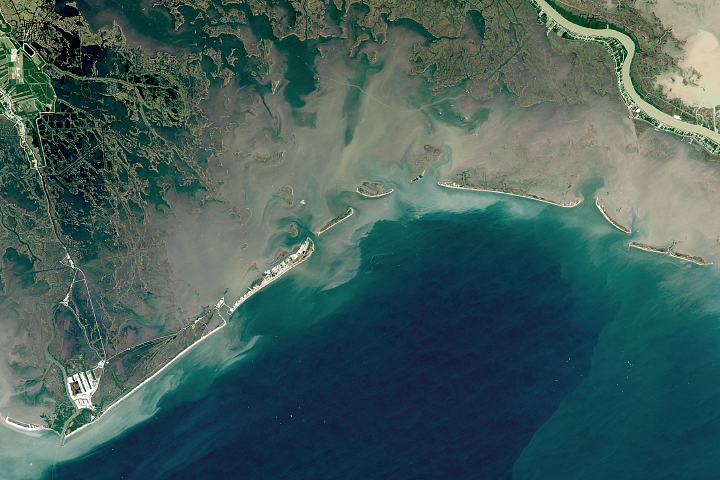 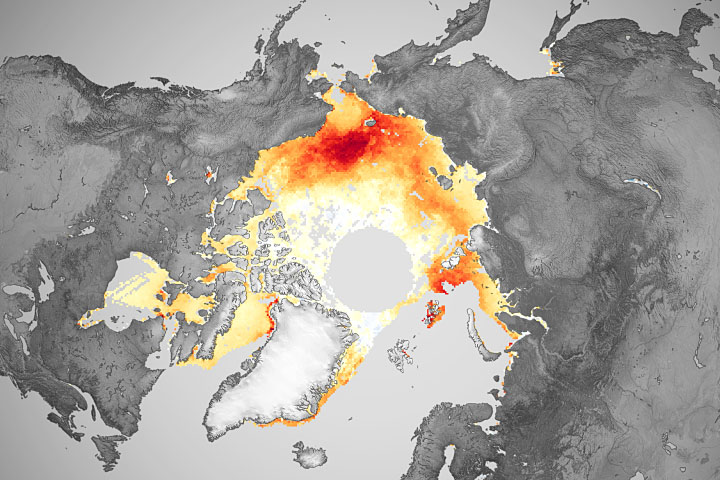 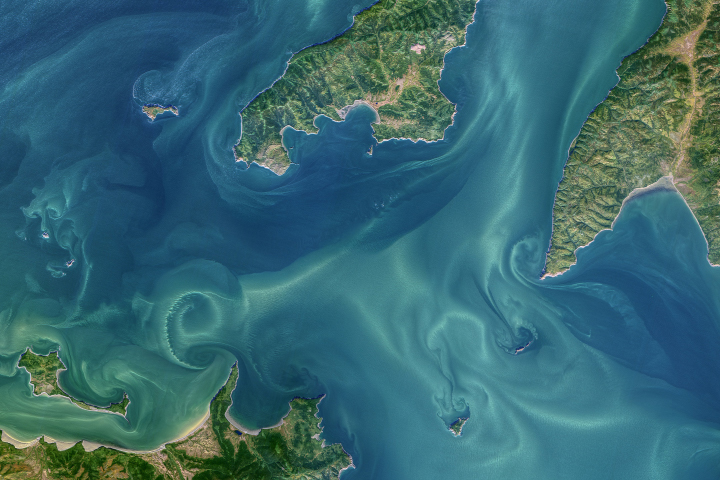 Tidal Vortices in the Sea of Okhotsk