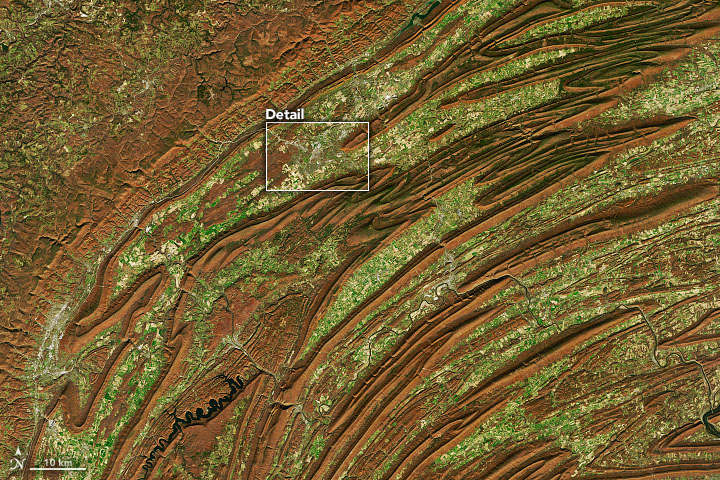 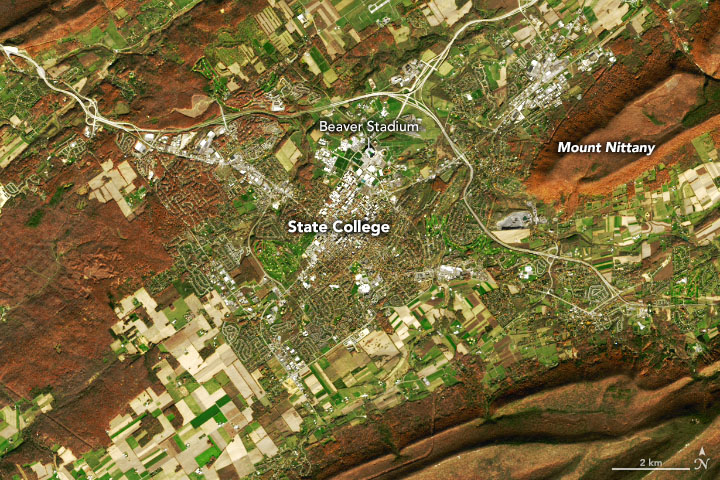 Along with the plentiful harvest of crops in North America, one of the gifts of autumn is the gorgeous palette of colors created by the chemical transition and fall of leaves from deciduous trees. It is an aesthetic wonder from the ground, from the mountaintop, and from satellites.

The folded mountains of central Pennsylvania were past peak leaf-peeping but still colorful when the Operational Land Imager (OLI) on the Landsat 8 satellite passed over on November 9, 2020. The natural-color images above show the hilly region around State College, Pennsylvania; the one below shows the same scene overlaid on a digital elevation model to highlight the topography of the area.

The region of rolling hills and valleys is part of a geologic formation known as the Valley and Ridge Province that stretches from New York to Alabama. These prominent folds of rock were mostly raised up during several plate tectonic collisions and mountain-building episodes in the Ordovician Period and later in the creation of Pangea—when what is now North America was connected with Africa in a supercontinent. Those events created the long chain of the Appalachians, one of the oldest mountain ranges in the world. The Appalachians once stood as tall at the Rockies and Alps, but hundreds of millions of years of erosion have worn them down. 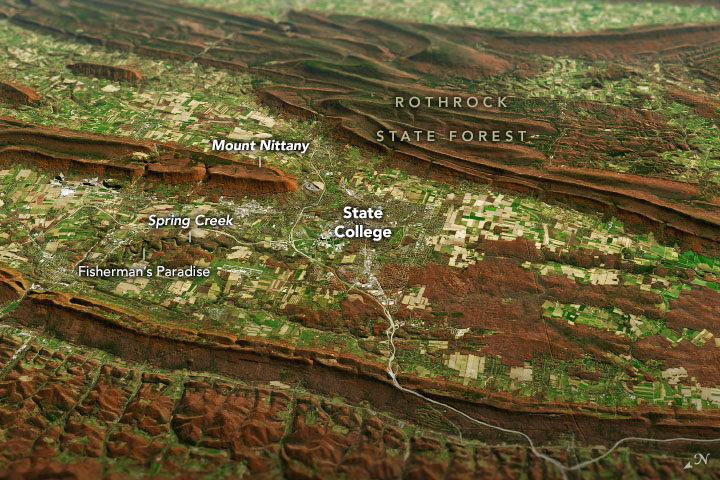 The close-up and oblique satellite views capture Mount Nittany, State College, and University Park, home of The Pennsylvania State University. The mascot of the university and several other groups in the area is the Nittany Lion, a localized name for the now-extinct eastern cougar.

The river valleys between and beside these mountains are quite popular with fishermen. Spring Creek is considered one of Pennsylvania’s best trout fisheries and is a popular destination for fly fishing. Fishermans Paradise was the first special regulation area for trout in the United States, and Penn State was the first university in America to offer credited courses in fly fishing.

The region of rolling hills and valleys is part of a geologic formation known as the Ridge and Valley Province. 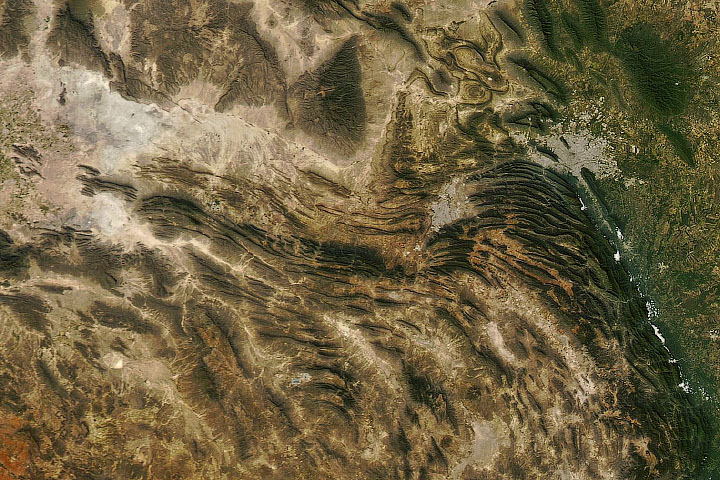 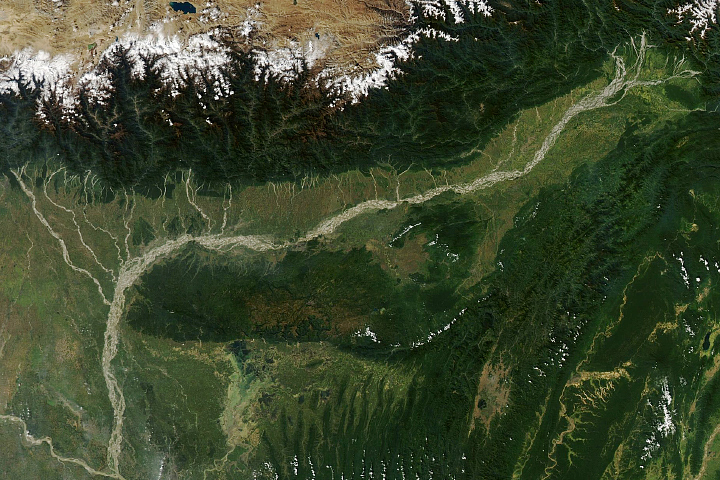 This astronaut photograph of the area to the east of Montreal, Canada, captures two striking patterns. The circular features are the central members of a group of unusual rock formations known as the Monteregian Hills: Mont St. Hilaire, Rougemont, and Mont Yamaska. The rectangular pattern blanketing the landscape in the background reveals the intensive agriculture in the fertile lowlands in southern Quebec.