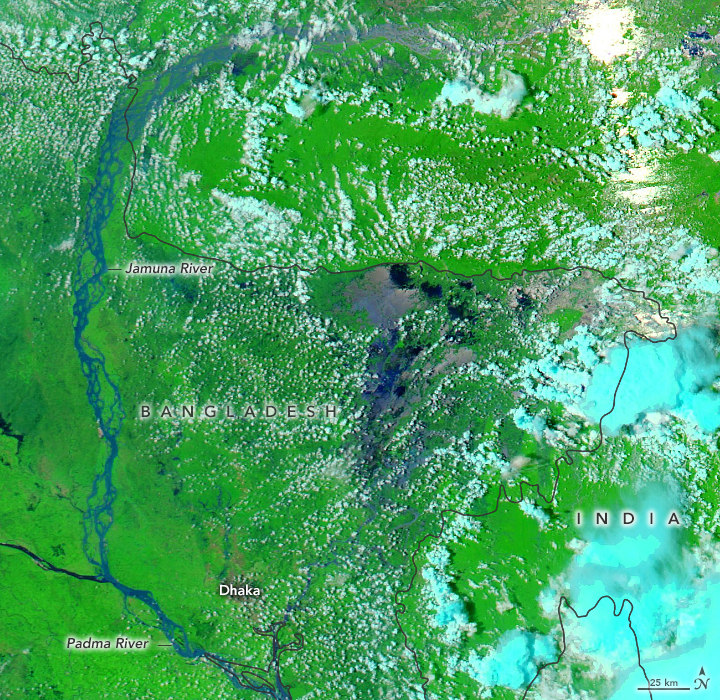 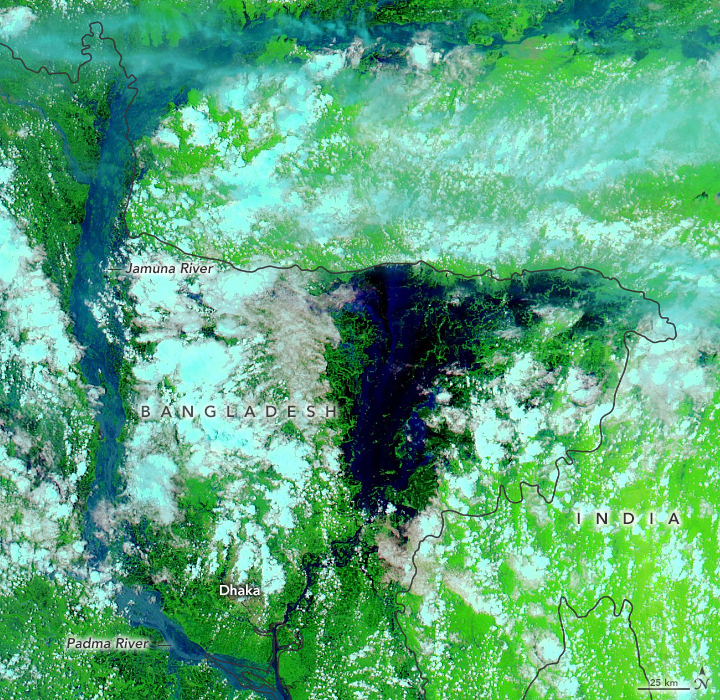 Since early June 2020, monsoon-related floods have devastated millions of people in South and East Asia. One of the countries most severely affected has been Bangladesh, where at least a quarter of the country was inundated. Officials reported that more than four million people have been affected and at least 100 had died as of July 28.

The images above show northeast Bangladesh on June 2 (left) and July 25 (right). These false-color images, acquired with the Moderate Resolution Imaging Spectroradiometer (MODIS) on NASA’s Aqua satellite, use a combination of infrared and visible light (bands 7-2-1) to make it easier to see the boundary between water and land. Water appears navy blue and black; clouds are white or cyan; and vegetation is bright green. The image below shows the flooding on July 25 in natural color. 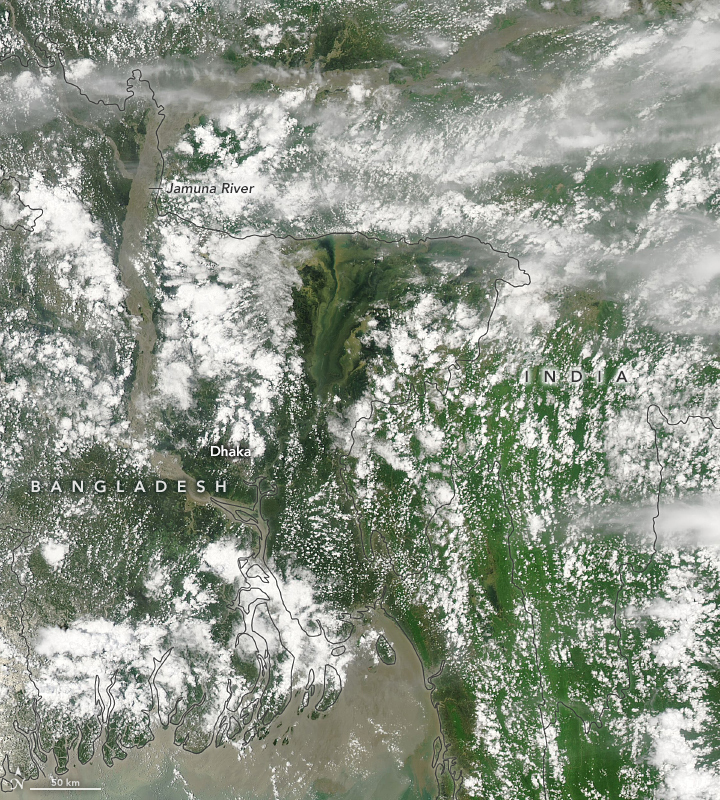 About 80 percent of Bangladesh’s rain falls during monsoon season (June to October). Monsoon rains typically cause some level of flooding, but officials said this flooding may be the worst in a decade and the longest-lasting since 1988.

As of July 31, the Bangladesh Flood Forecasting and Warning Centre reported water levels along the Jamuna River were at or above “danger level.” Almost a million homes were inundated, and more than 1,500 square kilometers (600 square miles) of farmland were damaged across the country. Several areas are also isolated due flooded roads.

Government officials tried to prepare for monsoon season, but recent disasters in the country made planning difficult. Many flood protection structures, such as embankments and dykes, were already damaged from monsoon floods in recent years; the typical recovery cycle is usually three to five years. The country is also recovering from Cyclone Amphan, which hit the country’s coast in May 2020. And the COVID-19 pandemic has constrained response efforts. 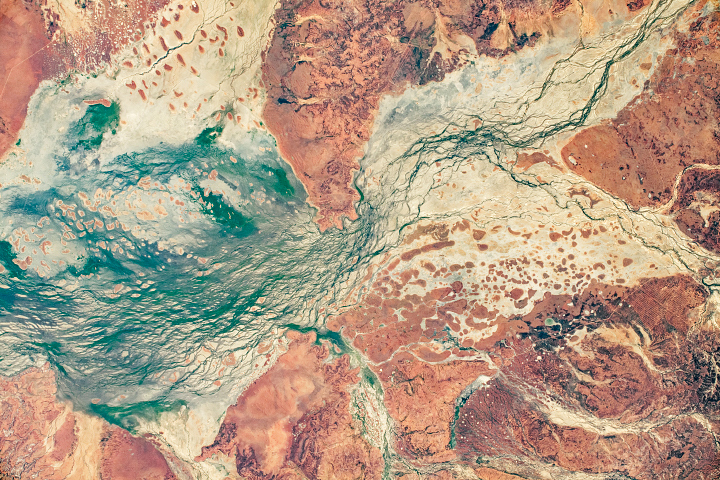