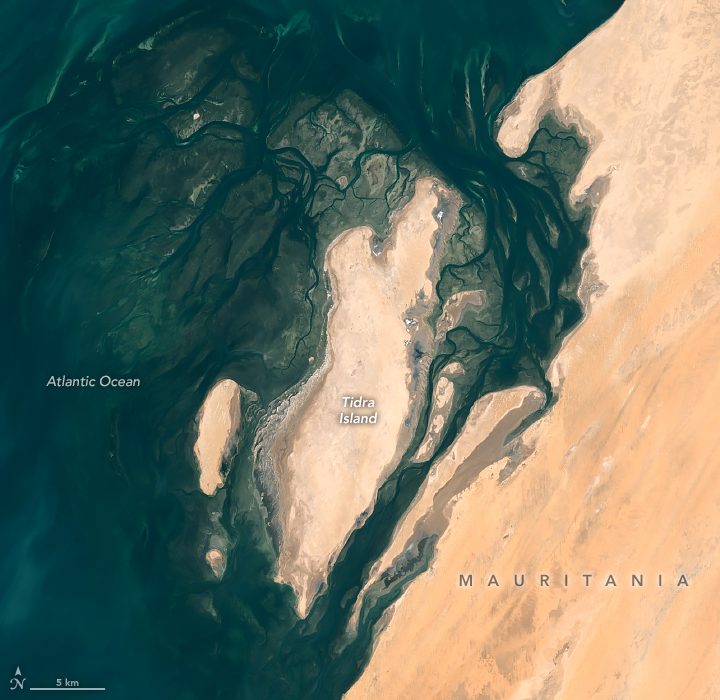 When viewed from space, the shoals, seagrass beds, and mudflats of Mauritania’s Banc d'Arguin National Park often blend with sand and sea in beautiful ways.

So it was on December 28, 2019, when the Operational Land Imager (OLI) on Landsat 8 captured this natural-color image of the park’s shallow coastal waters. The mostly barren dunes on the shore drew a contrast with the maze of coastal mudflats (dark brown) and shallow seagrass beds (green) that grow beneath a few meters of water. Deeper channels (dark blue) meander and flow among the sea grass and sandy shoals.

But Landsat does more than deliver an occasional pretty picture. Scientists have analyzed 20 years of satellite observations and found that the park’s extensive seagrass beds have remained remarkably healthy and resilient, despite weathering occasional damage from storms and dust that temporarily killed grasses in certain areas.

A bounty of marine life thrives within the shoals and seagrass beds of the park. 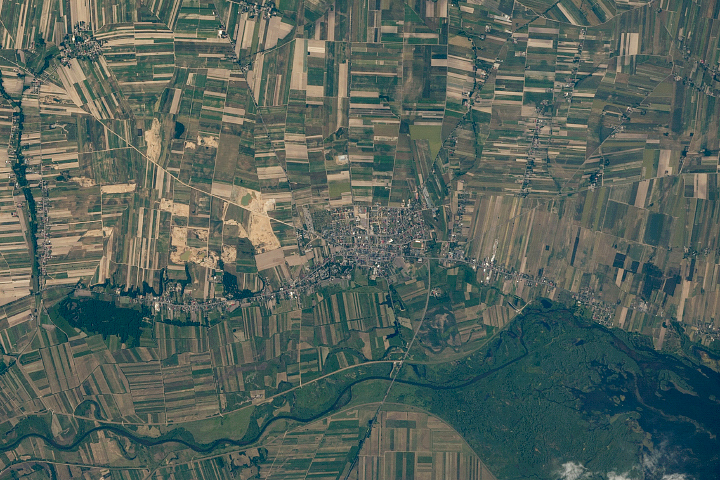