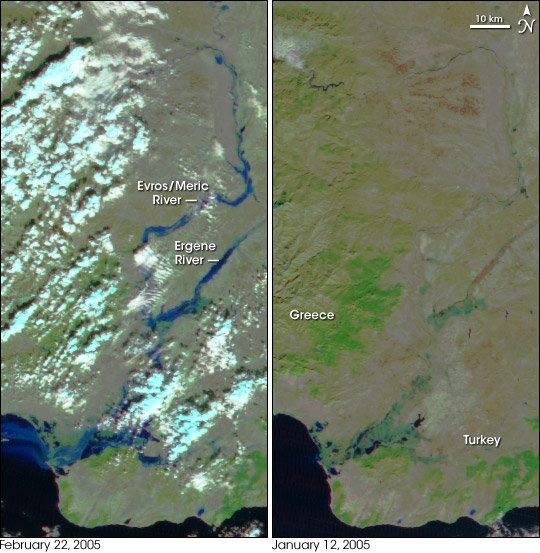 Heavy rain and melting snow combined to swell the rivers of northeastern Greece and northwestern Turkey. On February 22, 2005, the Moderate Resolution Imaging Spectroradiometer on NASA’s Terra satellite captured the left image of the flooded Evros (also called Meric) and Ergene Rivers. The rivers have expanded from the thin lines seen in January into wide blue ribbons. Water levels on the Evros are at their highest in the past fifty years. The floods are reported to have destroyed thousands of acres of farmland.

The images are presented in false color to highlight the presence of water, which is typically camouflaged in the landscape. Here, water is black, and shallow, sediment-laden water is dark blue. Plant-covered areas are bright green, and clouds are light blue and white. Bare earth is tan.