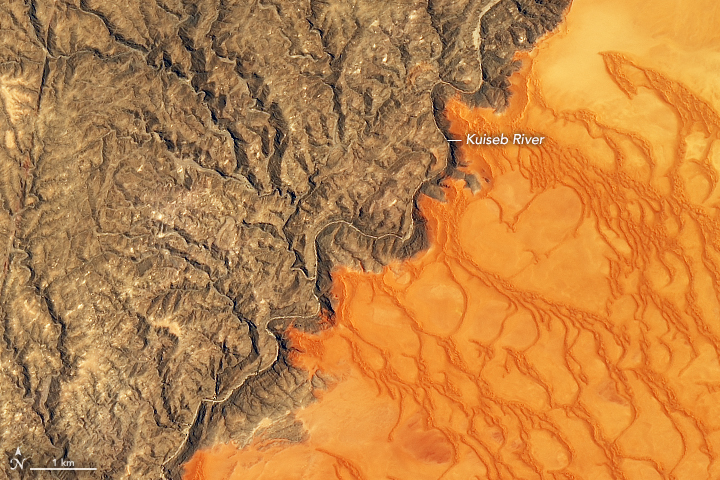 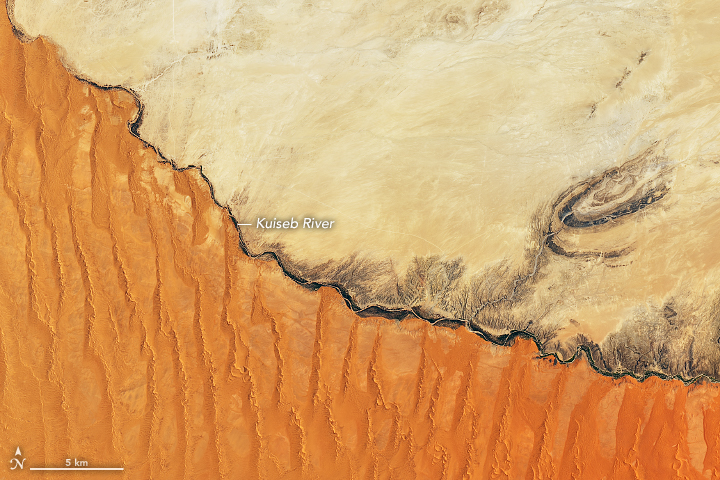 Mountains of sand, some as tall as 300 meters (1000 feet), reach from the floor of Africa’s Namib Desert toward the sky. Driven by wind, these dunes march across the desert, bordered to the west by the Atlantic Ocean and in other directions by solid, rocky land.

The abrupt transition from sand to land is visible in these images, acquired on November 13, 2019, by the Operational Land Imager (OLI) on Landsat 8. They show the northern extent of the Namib Sand Sea—a field of sand dunes spanning more than 3 million hectares (more than 10,000 square miles) within the Namib-Naukluft Park, which was named a UNESCO World Heritage site in 2013. Sand appears red, painted by a layer of iron oxide.

The images show a region along the northern boundary of the Namib Sand Sea, which generally traces the path of the Kuiseb River. The sporadic flow of the Kuiseb River depends on flooding rains that can occur during the rainy season, typically from November to March. Floods, such as one in April 2011, wash away accumulated sand and temporarily halt the northward progression of the dunes. The occasional floodwaters also bring life to the desert, sustaining vegetation along the banks. Analysis of satellite data has shown that extreme floods lead to fast plant growth and a “green-up” that can last for up to two years.

Without much water, vegetation elsewhere in the sand sea is limited--though not completely absent, thanks to fog from the ocean. 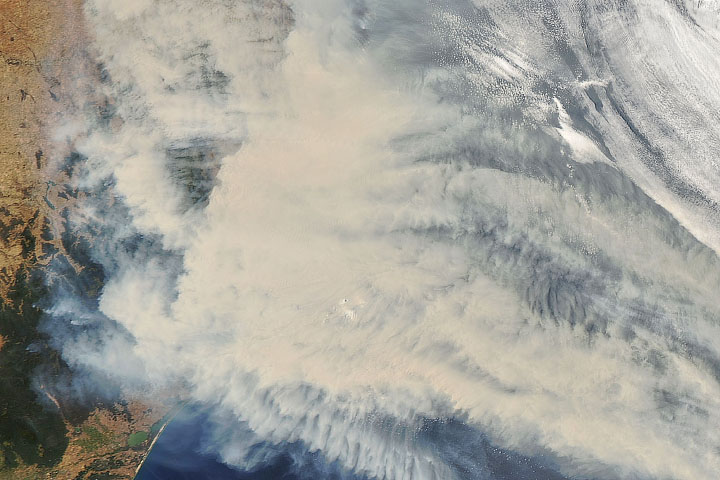