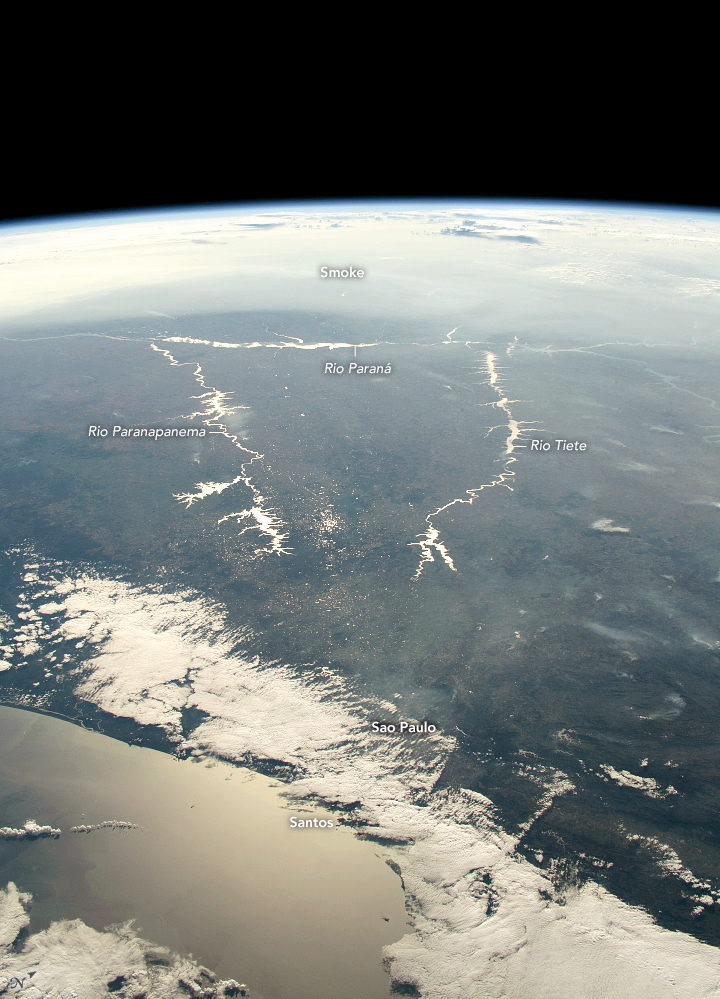 For scale, the Atlantic Ocean near the port city of Santos is about 600 kilometers (400 miles) from the Paraná River. The sea surface also reflects sunlight, as does the smoke pall across the top of the image. The smoke came from fires that were burning further north in Brazil and Paraguay.

Such views looking toward the sunglint point show the water bodies in stark detail. But the contrast with dark land surfaces causes such a loss of detail that the entire metropolitan area of São Paulo, with its 30 million inhabitants, is mostly obscured.

The Rio Tietê flows right through the metro region from headwaters north of São Paulo. This river provides half of the region’s urban water supply. All of these rivers are heavily controlled by strings of reservoirs that retain water flow for use by the major cities and to generate hydroelectric power. The reservoirs all appear as the brightest, widest points along the river courses.

Astronaut photograph ISS060-E-44562 was acquired on August 25, 2019, with a Nikon D5 digital camera using a 50 millimeter lens and is provided by the ISS Crew Earth Observations Facility and the Earth Science and Remote Sensing Unit, Johnson Space Center. The image was taken by a member of the Expedition 60 crew. The image has been cropped and enhanced to improve contrast, and lens artifacts have been removed. The International Space Station Program supports the laboratory as part of the ISS National Lab to help astronauts take pictures of Earth that will be of the greatest value to scientists and the public, and to make those images freely available on the Internet. Additional images taken by astronauts and cosmonauts can be viewed at the NASA/JSC Gateway to Astronaut Photography of Earth. Caption by M. Justin Wilkinson, Texas State University on the Jacobs Contract at NASA-JSC. 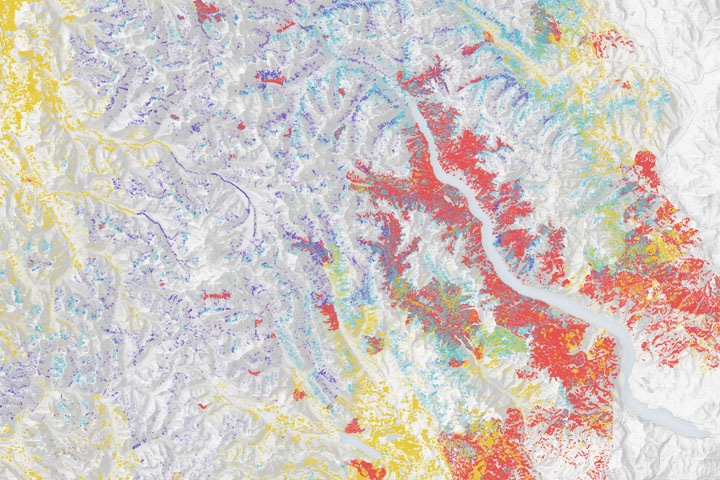