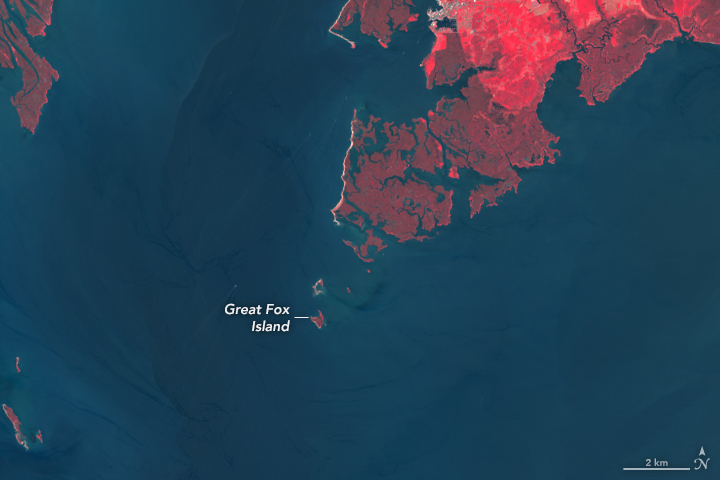 The history of the Chesapeake Bay is littered with tales of vanished islands and abandoned communities. By some counts, rising water and erosion has consumed more than 400 islands since the 1600s.

Holland Island, home to hundreds of people in the early 1900s, has been reduced to a few patches of marshland. Sharps Island—now gone—had a three-story hotel in the 1800s. Also submerged: Turtle Egg Island, a hideout used by pirates in the 1600s.

Now Great Fox Island, a small sandy enclave near the Maryland-Virginia border, is well on its way to joining the list. When the island was first discovered in 1773, it spanned more than 400 acres (1.6 square kilometers). By 2019, just 34 acres (0.1 square kilometers) remained.

For decades, the Chesapeake Bay Foundation hosted outdoor education retreats for students in a hunting lodge turned classroom on Great Fox Island. But the final student group passed through in October 2019. What is left of the island has become too dangerous to host students, the foundation explained on its website. Erosion has chewed away protective buffers of sea grass and salt marsh that kept the waters calm enough for canoeing. Also, high tides now submerge many of the hiking trails.

The pair of satellite images above highlight how much the island has changed. In 1999, a small island to the south offered some protection to Great Fox. By 2019, it was gone, as were other marshlands that had ringed the island. The images were acquired by the Enhanced Thematic Mapper Plus (ETM+) on Landsat 7 and the Operational Land Imager (OLI) on Landsat 8.

The island is a victim of both rising sea levels and land subsidence. Sea levels are rising worldwide by an average of 3 millimeters (0.1 inches) per year, mainly because of global warming. But in this part of the Chesapeake Bay relative sea level has been rising especially quickly—4.6 millimeters per year—because the land is also sinking from the combined effects of modern groundwater extraction and the residual shifting of land that has been going on since the last Ice Age.

“Climate change often feels abstract, but this is happening right here at home,” wrote Cindy Adams Dunn, the Pennsylvania Secretary of Conservation and Natural Resources in a remembrance of the island published by the Chesapeake Bay Foundation. “And it’s not just Fox.”

After scrutinizing past trends and projecting likely sea level rise and subsidence rates, a team of U.S. Army Corp of Engineers recently offered a grim warning about the island’s future in Nature’s Scientific Reports.

According to one of the more conservative projections, the islands will lose “the majority of their remaining landmass and the Town of Tangier will likely have to be abandoned in less than 50 years,” the scientists wrote. “The [islands and town] are running out of time, and if no action is taken, the citizens of Tangier may become among the first climate change refugees in the continental USA.” 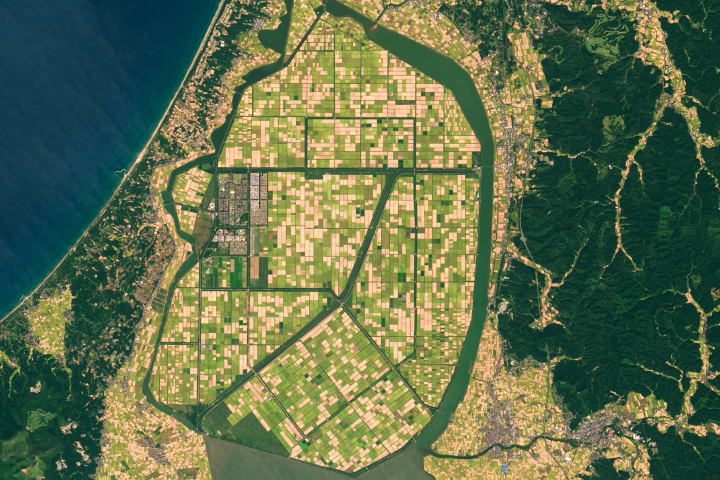