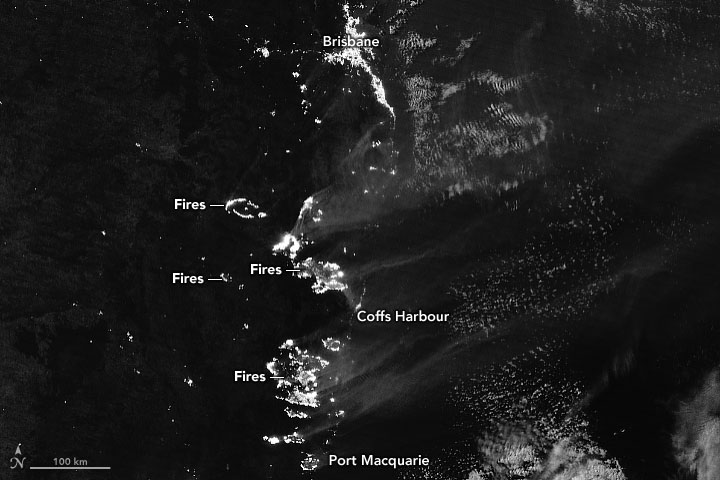 Bushfires are still raging in Australia, particularly along the east coast of New South Wales (NSW) and Queensland. The leader of the rural fire service told media that this could be “the most dangerous bushfire week this nation has ever seen,” and the NSW premier has declared a state of emergency.

Approximately 600 schools in Sydney and other cities and towns were closed due to the fire threat. At least three people have died and 150 homes have been destroyed, according to Australian media.

On November 9, 2019, the Visible Infrared Imaging Radiometer Suite (VIIRS) on the NOAA-NASA Suomi NPP satellite got a nighttime view of the fires raging in Queensland and New South Wales. The image was acquired with the VIIRS “day-night band,” which detects light in a range of wavelengths from green to near-infrared and uses filtering techniques to observe signals such as city lights, auroras, and wildfires. The natural-color image below was acquired by the Moderate Resolution Imaging Spectroradiometer (MODIS) on NASA’s Terra satellite on November 11, 2019. Strong westerly winds fanned the flames and carried smoke several hundred kilometers out to sea. 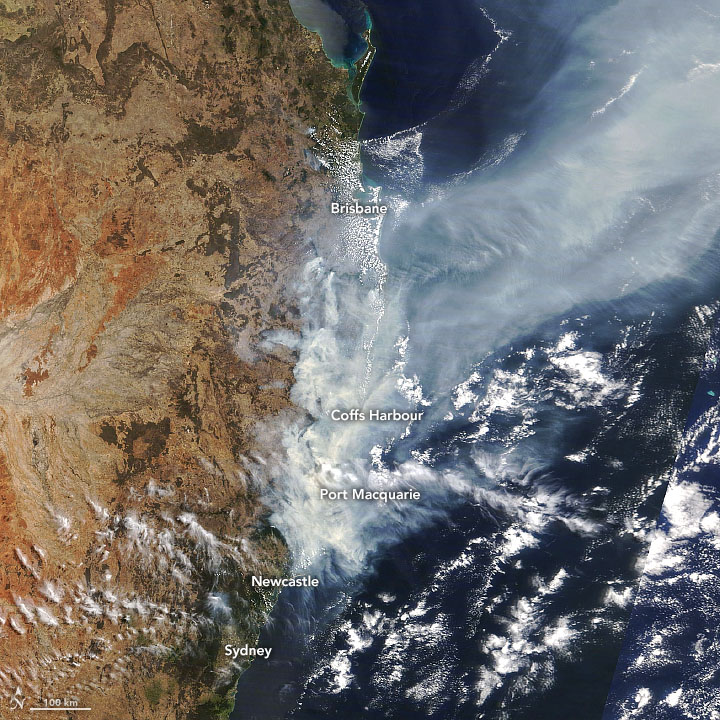 In late August, the Australian Bushfire and Natural Hazards CRC predicted that the 2019–20 fire season had the potential to be quite active due to warm and dry across much of the nation. According to the Australian Bureau of Meteorology (BOM), October 2019 rainfall was below to very much below average across most of Australia, continuing a long-term drought in the region.

Smoke billowed from a string of bushfires lining the coast of the Australian state.