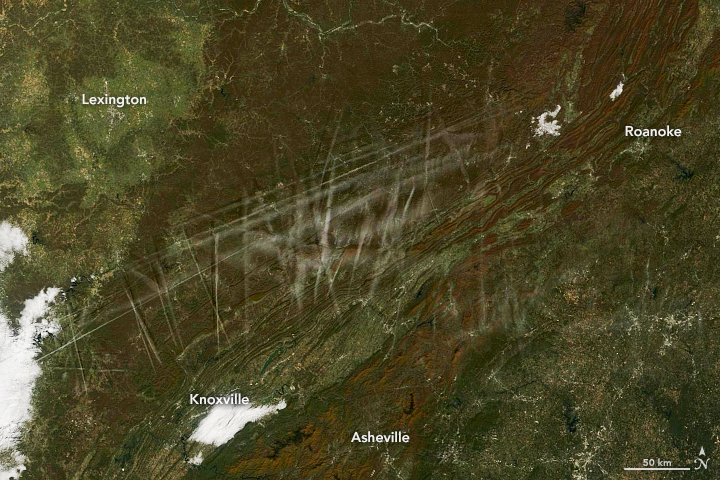 If you find yourself on an airplane flight this fall, don’t forget to look out the window. Colorful fall foliage is sweeping across forests and shrublands across the Northern Hemisphere.

On the morning of October 28, 2019, the Moderate Resolution Imaging Spectroradiometer (MODIS) on NASA’s Terra satellite captured this view of criss-crossing contrails hovering over a stretch of the Appalachian Mountains in Kentucky, Virginia, and West Virginia. Many of the forests were near peak color.

Leaves change colors as they lose chlorophyll, the molecule that plants use to synthesize food. Chlorophyll normally makes plant leaves look green because it absorbs red and blue light as sunlight strikes leaf surfaces. However, chlorophyll is unstable, and plants have to continuously make it, a process that requires plenty of sunlight and warm temperatures. So when temperatures drop and days shorten in autumn, levels of chlorophyll do as well.

This causes the green to fade, offering the other pigments within leaves—notably carotenoids and anthocyanins—a chance to shine. Carotenoids absorb blue-green and blue light, so in the absence of chlorophyll, they make leaves appear yellow. Anthocyanins absorb blue, blue-green, and green light, so light reflecting off that pigment appears red.

Condensation trails, or contrails, are essentially long, narrow cirrus clouds. They form when airplane exhaust adds water vapor and small airborne particles called aerosols into the atmosphere. The aerosols can serve as the seeds of clouds.

The humidity of the air affects how long contrails last. When air is dry, contrails persist for just seconds or minutes. But when air is humid, as was the case here, contrails can be long-lived, spreading outward until they become difficult to distinguish from naturally occurring cirrus clouds. In this case, the contrails were still visible—and significantly thicker—in the afternoon when viewed by the Aqua and Suomi NPP satellites. 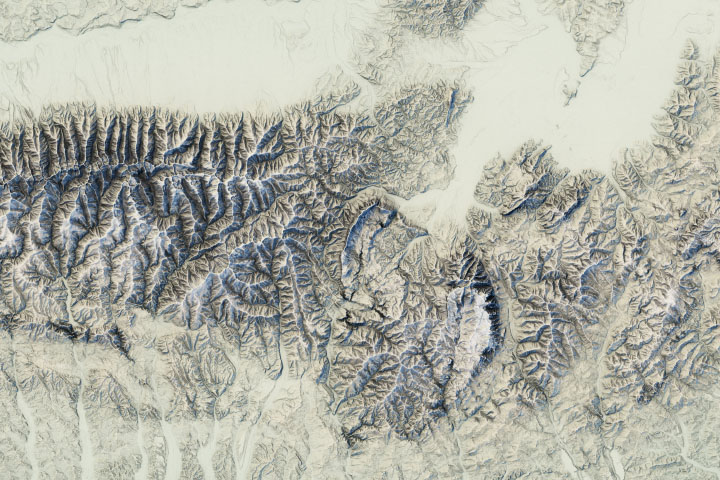 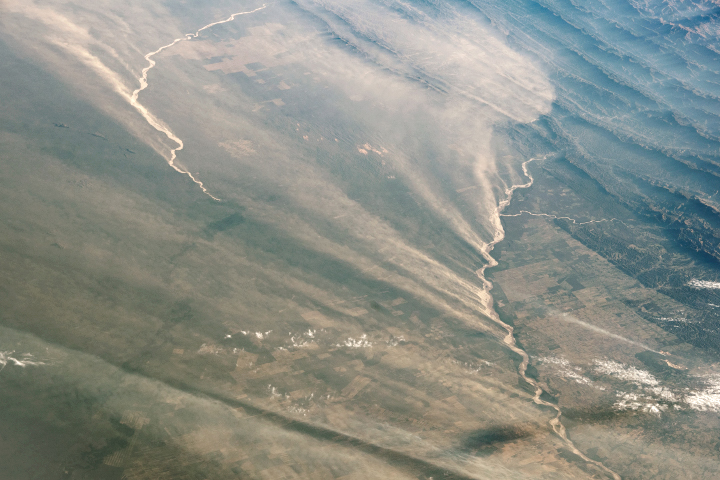