Wispy Clouds Before the Storm 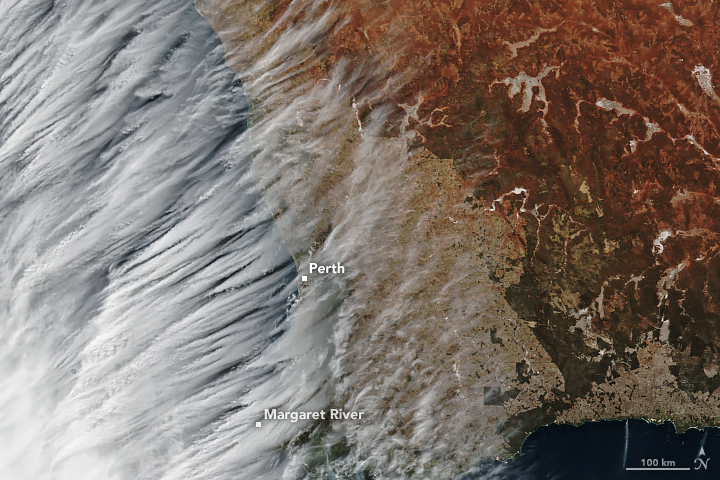 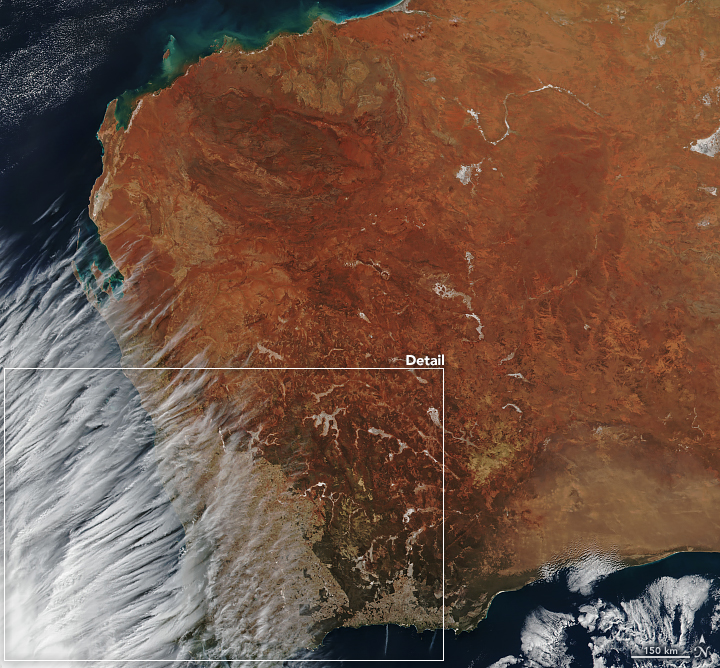 On any given day, roughly 67 percent of Earth’s surface is covered by clouds, and most of them are familiar, average, and unremarkable. But on some days, in some places, cloud patterns stand out starkly from their surroundings.

June 5, 2019, was such a day along the coast of Western Australia. In this image acquired by the Visible Infrared Imaging Radiometer Suite (VIIRS) on the Suomi NPP satellite, an area of dense white cloud cover gives way to some striking geometry: wispy ice clouds lining up in parallel high in the atmosphere.

According to Bastiaan Van Diedenhoven, a researcher for Columbia University and NASA’s Goddard Institute for Space Studies, the clouds are known as transverse cirrus bands. “They are not rare, but also not very common,” he said.

They may look benign, but transverse cirrus bands (TCBs) are often associated with intense weather on the edge of a storm or a front. When this image was acquired, a strong cold front was moving inland from the Indian Ocean. The system ultimately brought high winds and heavy rain to Western Australia, including 88.2 millimeters (3.5 inches) at the town of Margaret River, according to Australia’s Bureau of Meteorology.

In general, transverse cirrus bands occur at the edge of large thunderstorm systems, or perpendicular to a jet stream, or even along the perimeter of cyclones. Exactly why they form is unclear. The same physical conditions, however, frequently give rise to clear air turbulence, which can be hazardous to aircraft. Given that, the presence of transverse cirrus bands is a clue to aviation forecasters that difficult-to-detect turbulence could be nearby.

In a recent study, scientists showed the potential for TCBs to be automatically detected in satellite images. While these clouds can closely resemble other types with linear features—such as gravity waves and convective rolls (cloud streets)—the researchers found that they are unique enough for automatic detection to be successful.

Transverse cirrus clouds may look benign, but they are often associated with intense weather.