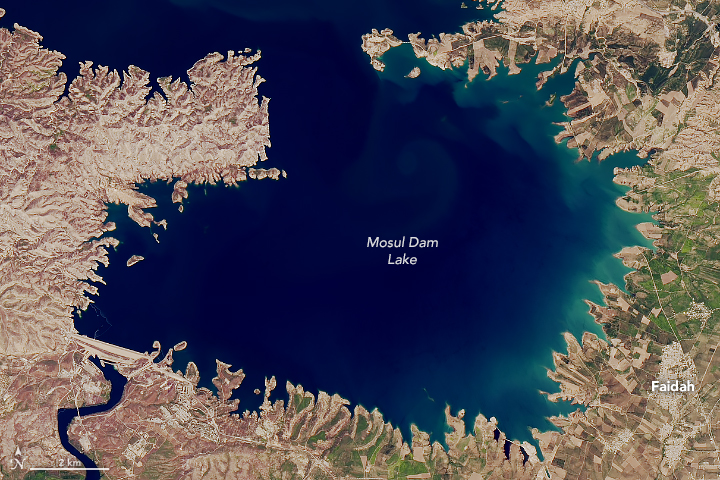 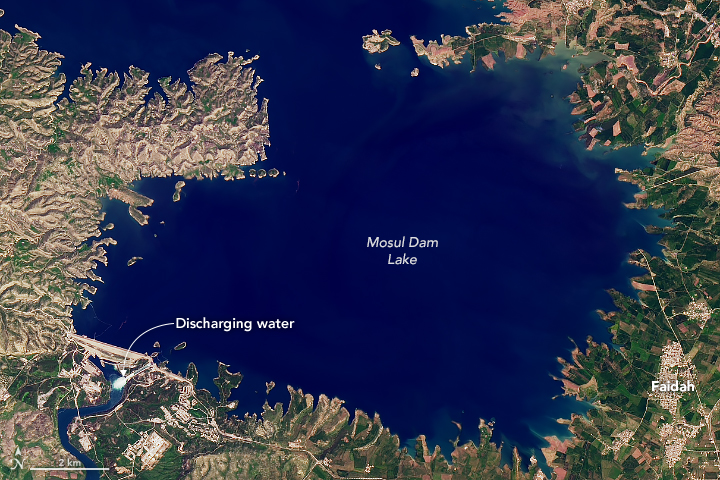 Following a severe drought in 2018, the unusually wet winter and spring of 2019 has swollen Iraq’s rivers, lakes, and reservoirs. Since January, many parts of the country have seen rainfall amounts that are double or triple the norm.

All of that water has to go somewhere. In northern Iraq, a principal destination has been the lake behind Mosul Dam, the largest reservoir in the country. According to data collected by the CNES/NASA Jason-2 and Jason-3 satellites, water levels in April 2019 at the reservoir reached the highest levels in at least a decade. 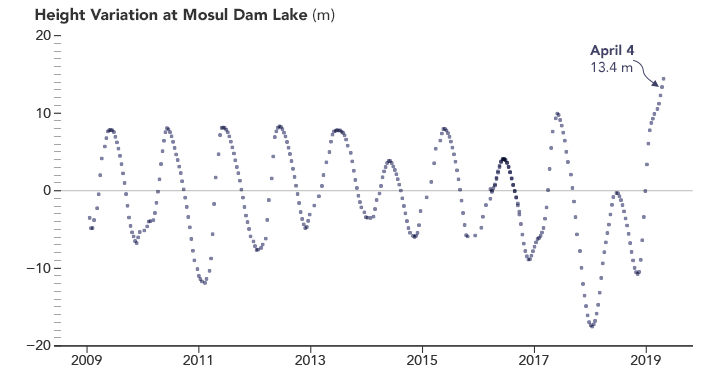 These observations and analyses were recorded by the Global Reservoir and Lake Monitor (G-REALM), a project sponsored by NASA and the U.S. Foreign Agricultural Service. FAS uses such water level measurements to assess irrigation potential and long-term drought conditions around the globe.

The Operational Land Imager (OLI) on Landsat 8 acquired images of the reservoir in April 2015 and April 2019. Beyond the water levels, notice how much greener the land surface was in 2019. Note also how much suspended sediment flowed into the northern end of the reservoir through the Tigris River.

Government officials and engineers monitor the stability of Mosul Dam since some areas beneath it contain gypsum, a water-soluble rock. To strengthen the dam, Iraq’s Ministry of Water Resources has been injecting cement into the foundation to replace any gypsum that has dissolved. When these maintenance operations were halted in 2014 due to a takeover of the dam by ISIS militants, scientists used radar to observe whether the dam was sinking.

In 2016, with the Iraqi government back in control of the dam, the Ministry of Water Resources enlisted an Italian firm, Trevi, and the U.S. Army Corps of Engineers to begin a three-year intensive program to purchase new equipment and aggressively treat the rock foundation with cement to ensure the stability of the dam. 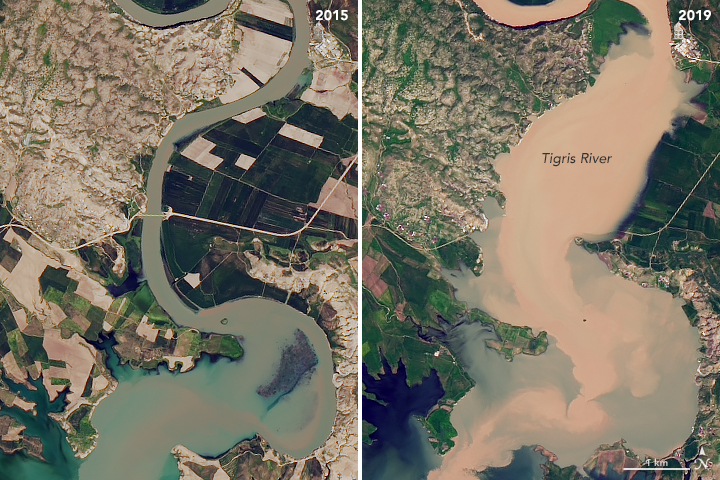