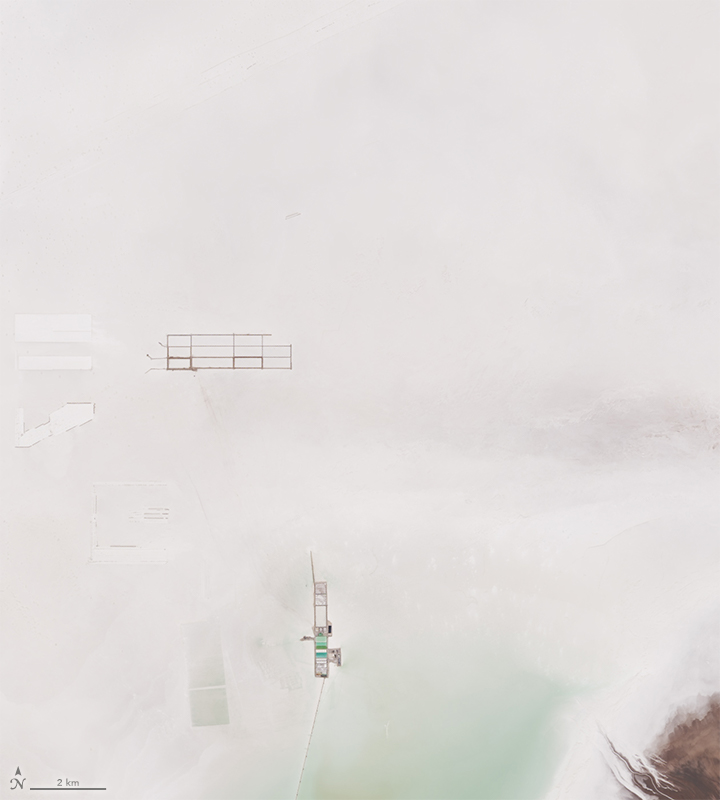 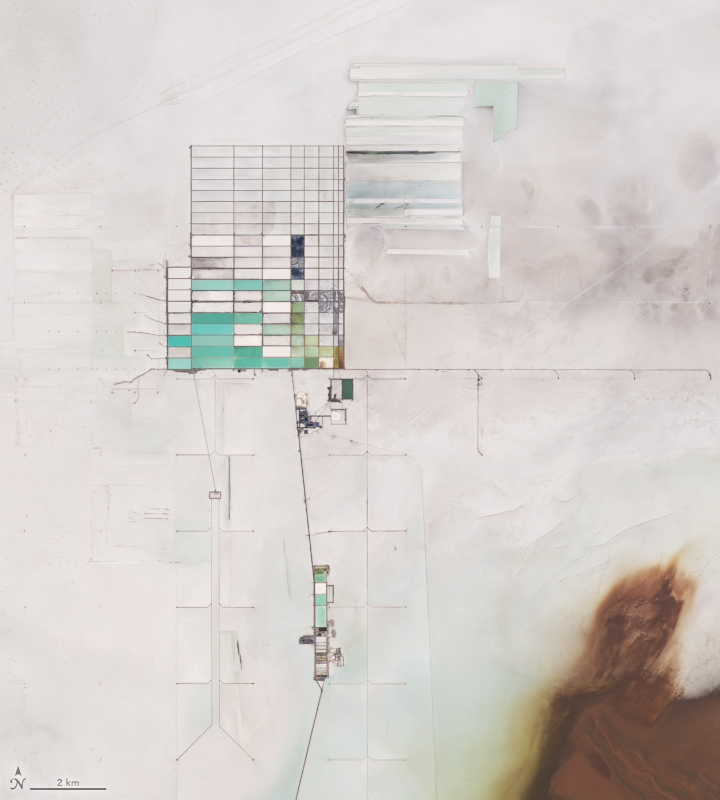 Forty thousand years ago, a large lake spread across southwestern Bolivia. When it eventually dried up, the salt-encrusted landscape of Salar de Uyuni remained. Covering more than 10,000 square kilometers, it is the largest salt pan in the world.

The spectacularly flat surface and mirror-like qualities during the wet season have turned Salar de Uyuni into a big draw for tourists and, periodically, racing enthusiasts.

Meanwhile, geologists think the mineral-rich, blue-green brine beneath the salt crust contains the world’s second-largest deposit of lithium, a valuable metal used to make rechargeable batteries. The U.S. Geological Survey estimates that Bolivia holds about 15 percent of the world’s lithium.

And yet just a small fraction of it gets mined and used. Unlike the neighboring countries of Chile and Argentina, Bolivia has not been among the world’s top lithium producers. Yet with global demand for lithium rising, Bolivian leaders are trying hard to change this. The government began investing in a lithium mining operation at Salar de Uyuni about a decade ago.

Landsat satellites began to detect evidence of buildings and evaporation ponds in the southern end of the salt flat in 2011. The Operational Land Imager (OLI) on Landsat 8 acquired the first image above on April 12, 2013. Nearly six years later, the size of the facility had grown significantly. The image below is a zoomed-out version of the more recent image. 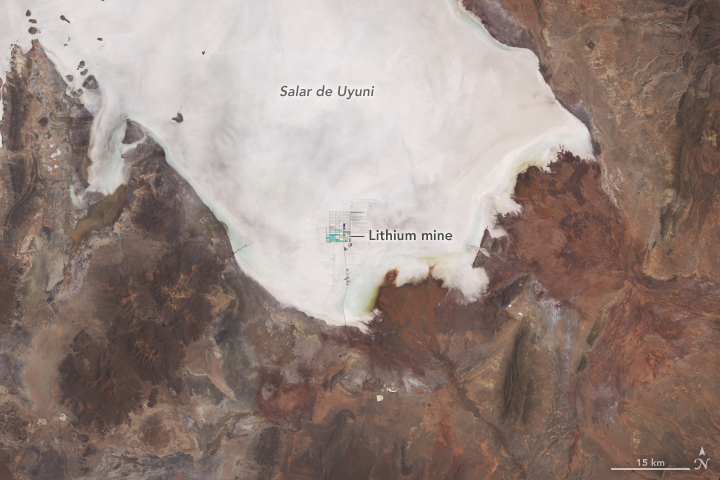 Wells tap into lithium-rich brine beneath the surface and shunt it toward rectangular evaporation pools with plastic liners. One there, sunshine and wind separate out lithium, salt, and other substances through evaporation. Brine usually remains in the pools for about six months. The lithium and other minerals are eventually transported and processed at a facility in nearby Rio Grande.

There are some big challenges associated with harvesting Salar de Uyuni’s lithium. Relatively rainy and cool weather means it takes longer for brine to evaporate there than at other lithium mining operations in the region. Also, Uyuni’s brine has unusually high concentrations of magnesium and potassium that has to be removed, which makes the process more expensive.

In addition to tourists and lithium miners, Salar de Uyuni attracts Earth scientists. Though the surface looks perfectly flat, it has just enough of a grade in certain areas that scientists consider it to be one of the best places in the world for calibrating satellite altimeters, instruments designed to measure the elevation of land surfaces.

The Bolivian salt flat holds vast quantities of the element, but bringing it to market poses challenges. 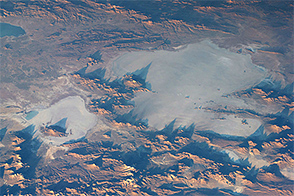