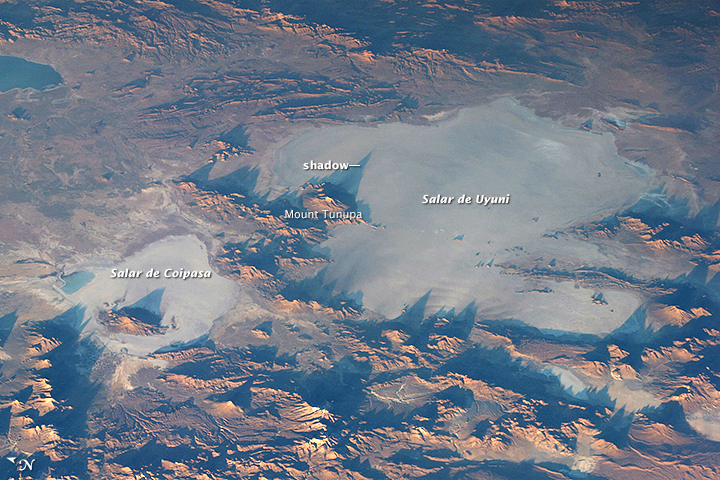 The largest salar (salt flat or playa) in the world, Salar de Uyuni, is located within the Altiplano of Bolivia. Covering 10,582 square kilometers (4,086 square miles), the mineral-crusted salar is about the same size as the “Big Island” of Hawaii.

While the almost perfectly flat expanse of white can seem endless in photographs from the ground, this unique photograph offers a view on the playa as seen from the vantage point of an astronaut on the International Space Station. The smaller Salar de Coipasa is also visible to the northwest. The flat, white surfaces are comprised mainly of halite (common table salt) and gypsum, a soft mineral that is widely used in plaster and fertilizer. Several mountains, including the dormant volcano Mount Tunupa, cast long shadows across the salars.

The salars owe their existence to several large, ancient lakes that covered the plateau several thousand years ago. During the Late Pleistocene, most of this area was covered by Lago Minchin. About 15,000 years ago, Minchin had shrunk significantly, depositing large quantities of calcium carbonate in the basin and enriching the remaining water with gypsum, halite, and other minerals. Since it was trapped in a closed basin with no outlets, this briny water evaporated slowly during dry periods, providing the perfect conditions for salts and other evaporites to form. Over several thousand years, thick crusts have built up. In many areas, the salt crusts are more than 10 meters (33 feet) thick.

In addition to providing an exotic backdrop for photographers, the unusually flat surface has served as an ideal location for testing newly-launched satellite sensors. For instance, scientists working with both ICESat and Envisat have taken advantage of Salar de Uyuni to calibrate sensors on board. Salt flats make ideal locations for calibration because they are large, stable surfaces with strong reflection, much like ice sheets.

Astronaut photograph ISS040-E-7443 was acquired June 4, 2014, with a Nikon D3S digital camera with an 95 mm lens, and is provided by the ISS Crew Earth Observations experiment and the Image Science & Analysis Group, Johnson Space Center. The International Space Station Program supports the laboratory to help astronauts take pictures of Earth that will be of the greatest value to scientists and the public, and to make those images freely available on the Internet. Additional images taken by astronauts and cosmonauts can be viewed at the NASA/JSC Gateway to Astronaut Photography of Earth. 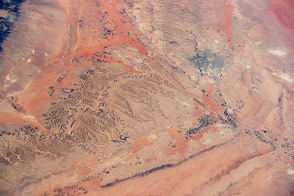 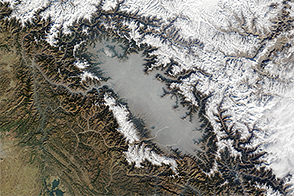 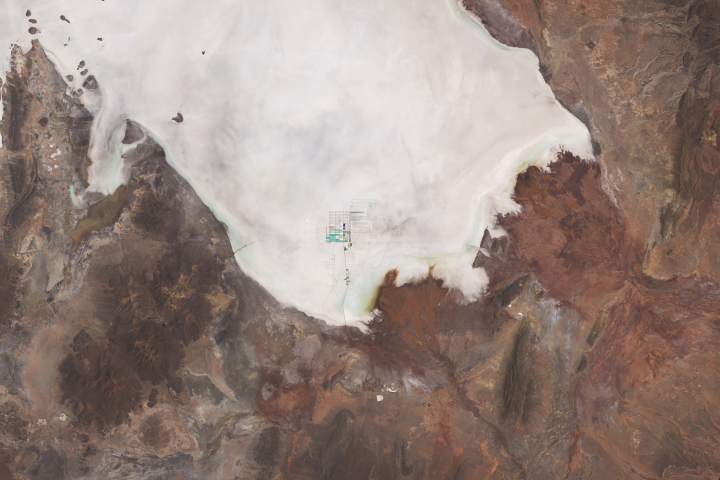 The Bolivian salt flat holds vast quantities of the element, but bringing it to market poses challenges.

The colorful salt flat is a product of mineral-rich waters and a dry, flat landscape.