Guinea-Bissau, the Sahel, and the Sahara Desert 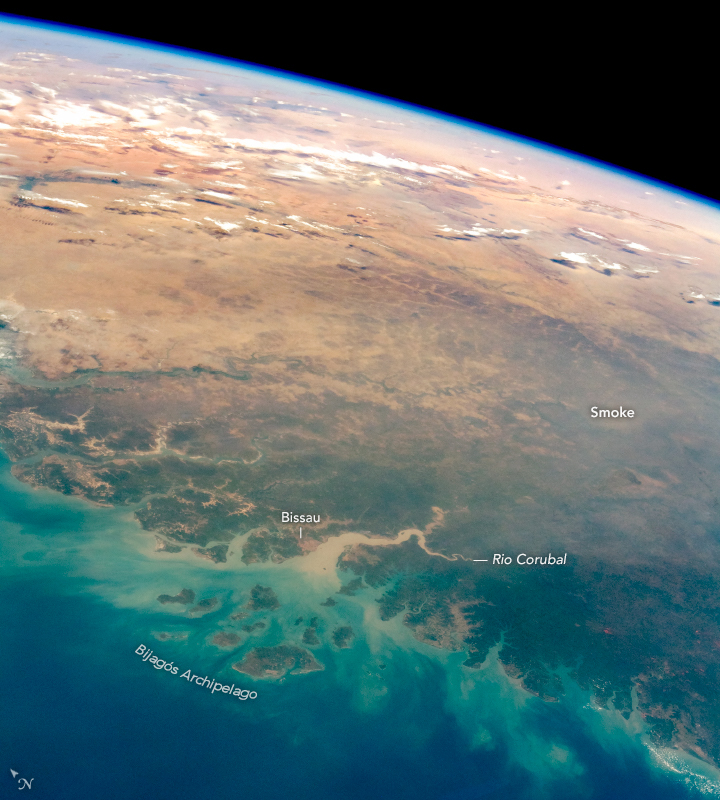 An astronaut aboard the International Space Station (ISS) took this oblique photograph that shows most of the West African country of Guinea-Bissau, along with neighboring Guinea (lower right), The Gambia and Senegal (top left), and the southern part of Mauritania.

From ISS altitude, astronauts can see different climate zones in a single view. This scene stretches from the green forest vegetation and wet climates of the Atlantic coast to the almost vegetation-less landscapes of the Sahara Desert. Guinea-Bissau has approximately 60 percent forest cover, in contrast to Mauritania, which has less than 1 percent forest cover.

The image shows several physiographic details of Guinea-Bissau. The islands of the Bijagos Archipelago and estuaries of the coastline stand out. The Bijago Islands provide refuge for sea turtles and certain migratory bird species. The Rio Corubal enters the sea and deposits a muddy load of sediment in the waters near the capital city of Bissau. Haze across the center of the image is smoke from agricultural burning or wildfires.

Astronaut photograph ISS058-E-10724 was acquired on February 6, 2019, with a Nikon D5 digital camera using a 50 millimeter lens and is provided by the ISS Crew Earth Observations Facility and the Earth Science and Remote Sensing Unit, Johnson Space Center. The image was taken by a member of the Expedition 58 crew. The image has been cropped and enhanced to improve contrast, and lens artifacts have been removed. The International Space Station Program supports the laboratory as part of the ISS National Lab to help astronauts take pictures of Earth that will be of the greatest value to scientists and the public, and to make those images freely available on the Internet. Additional images taken by astronauts and cosmonauts can be viewed at the NASA/JSC Gateway to Astronaut Photography of Earth. Caption by M. Justin Wilkinson, Texas State University on the Jacobs Contract at NASA-JSC. 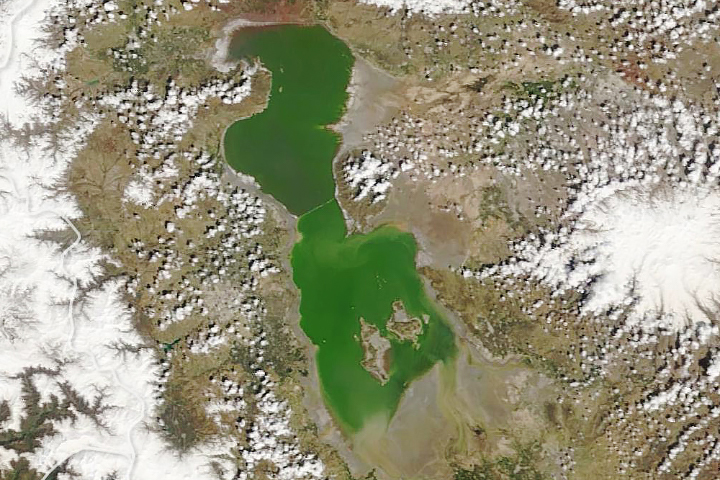