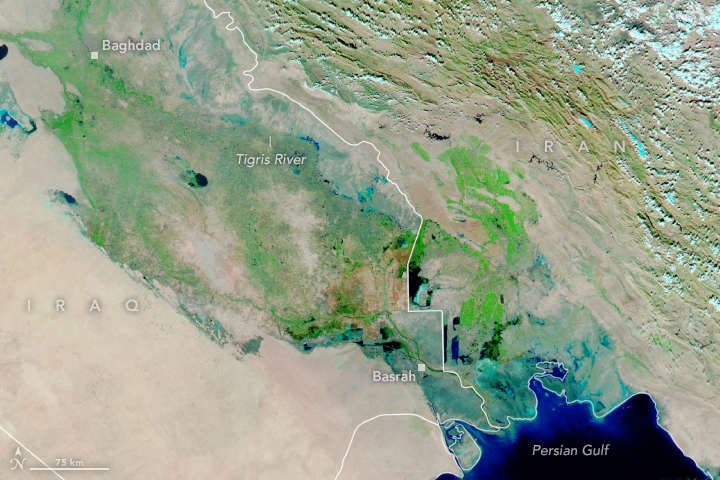 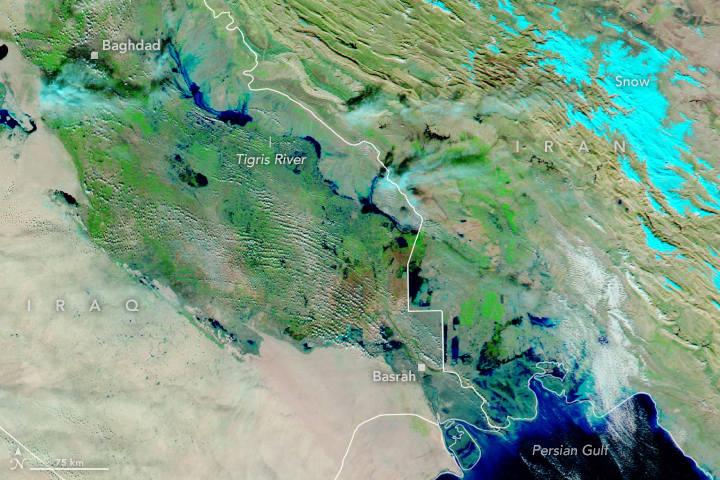 The resulting flash floods have taken several lives, injured hundreds, and displaced tens of thousands of people, according to humanitarian organizations. Hundreds of homes have been destroyed, particularly in towns north of Baghdad, according to news reports.

On November 27, 2018, the Moderate Resolution Imaging Spectroradiometer (MODIS) on NASA’s Aqua satellite acquired an image (top right) showing water pooling in the floodplains of central and southern Iraq. The left image shows the same area on October 28, 2018, before the rains arrived.

The images were both composed in false color, using a combination of infrared and visible light. Flood water appears dark blue; saturated soil is light blue; vegetation is bright green; and bare ground is brown. This band combination makes it easier to see flood water.

Forecasters are warning that another storm system is poised to bring more downpours and flooding in the coming days.