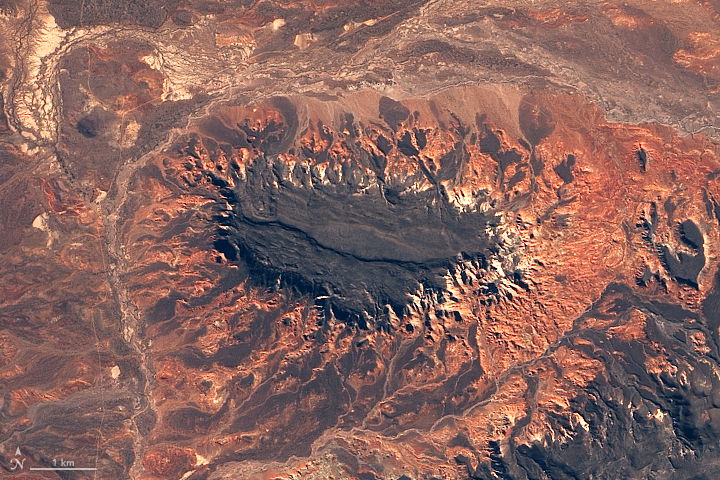 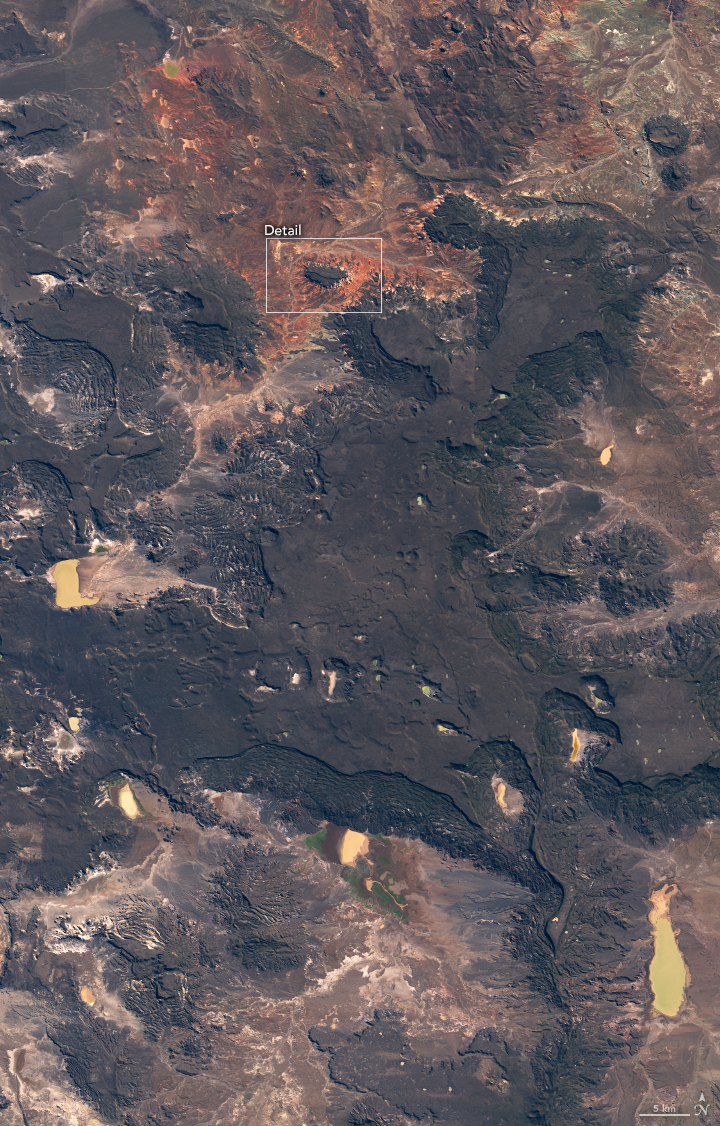 The Patagonian Andes are a continental landmark easily visible from space. But areas to the east of the volcanic mountain chain have their own geologic intrigue, as shown in these images of prehistoric lava fields in northern Patagonia.

These images were acquired on August 20, 2018, with the Operational Land Imager (OLI) on Landsat 8. They show an area about 50 kilometers southeast of Paso de Indios, in Argentina’s Chubut Province.

The climate here is complex. The Andes receive plenty of precipitation in winter months, as humid winds blow east from the Pacific Ocean, hit the mountains, and drop their moisture. That leaves little moisture for areas to the east, which see less than 200 millimeters (8 inches) of rain in an entire year. As a result, the desert landscape in these images appears to lack green vegetation.

Other colors, however, make up for the absence of greenery. According to Johan Varekamp of Wesleyan University, the darkest colors are volcanic rocks from the Oligocene-Miocene, or about 25-30 million years old. The rocks are part of a lava plateau known as the Meseta de Canquel. (Meseta is a Spanish word meaning “plateau.”) Lava plateaus in this area historically were much more extensive, but erosion has removed large sections of rock from their edges. Some of the plateau edges display a rumpled appearance, produced by successive slumps and debris falls.

The detailed image shows an area where erosion has isolated a segment of the plateau, creating an island mountain or “inselberg.” Debris from the black lava fills the stream valleys and gives the mountain “a spider-like appearance, with black tentacles spreading around it,” Varenkamp said. He notes that the red and yellow rocks are much older; they contain iron and have been oxidized, “giving it the wild colors.”