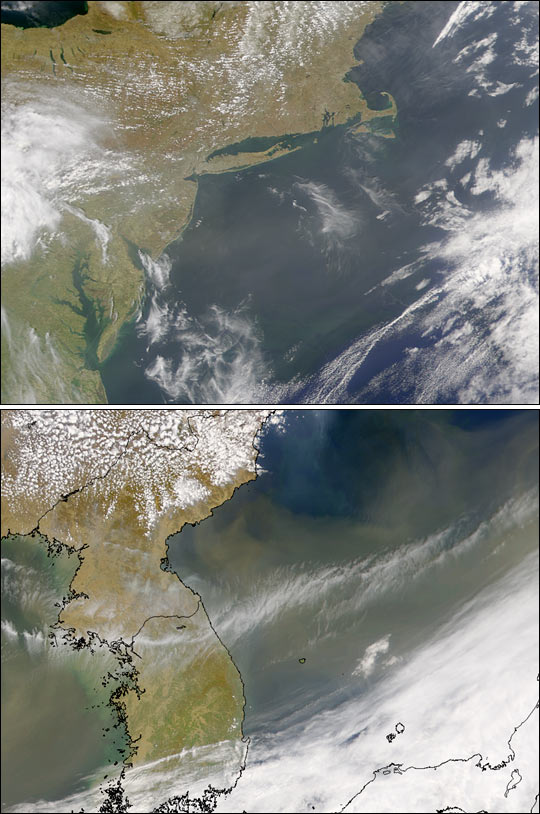 Even as the vast cloud of dust from China—originating around April 7, 2001—blows eastward from North America's Atlantic coast, a new dust storm is now blowing from China over the Pacific. This pair of true-color images was collected by the Sea-viewing Wide Field-of-view Sensor (SeaWiFS). The top image, acquired April 22, 2001, shows haze over the mid-Atlantic United States extending well out over the Gulf Stream. The bottom image, acquired April 24, reveals that a significant amount of dust is still blowing out of Asia. Near the top of the full size Asian image you can also see smoke plumes from fires in Russia drifting southward to blend with the windborne dust.

The early April dust cloud started as a sand storm sweeping across the Taklimakan Desert in western China and then across the Gobi Desert in eastern Mongolia. Heavy winds lifted the dust high into the troposphere where, scientists believe, the plume intermingled with smoke from industrial pollution in southeast Asia before it was pushed out to sea toward North America. When the April 7 dust cloud arrived over Colorado, it was estimated to be about 2,000 km (1,250 miles) long and 6.4 km (4 miles) thick.