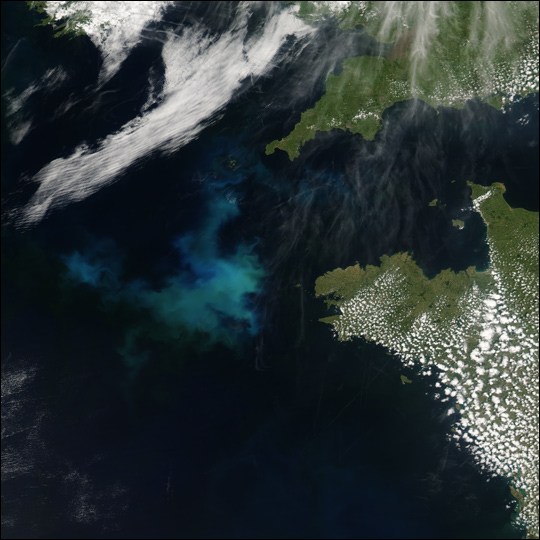 The bright blue water west of the English Channel in this Moderate Resolution Imaging Spectroradiometer (MODIS) image is probably a bloom of coccolithophores, single-celled marine plants with white calcium carbonate shells. The white shells, combined with the blue reflectance of the water, tint the water bright blue. The color could also be caused by other phytoplankton, microscopic marine plants that grow near the surface of the ocean. When a large colony of the plants bloom, the chlorophyll colors the water green. In satellite imagery, the effect is often a bright blue-green patch in otherwise dark ocean water. The MODIS instrument on the Aqua satellite captured this image on June 13, 2004.