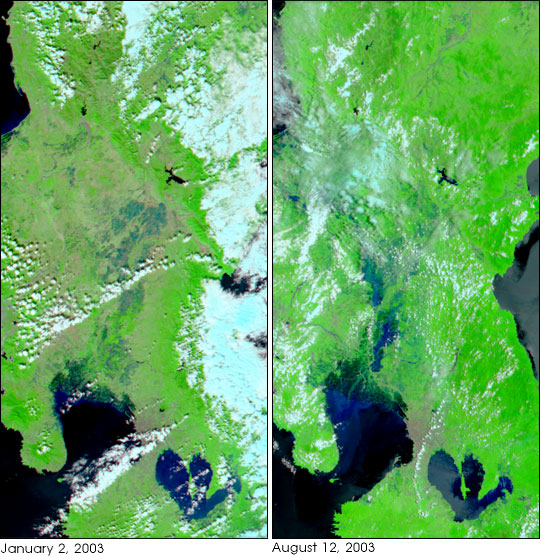 Between August 11-18, 2003, heavy rains in the northern Philippines forced 145,000 people from their homes on the island of Luzon. The central lowland area of the island, already a wetland, became inundated with standing water 5-10 feet deep in places. This pair of images shows the southern part of Luzon on January 2 (left) and August 12 (right), 2003. The false-color image has been chosen to highlight the presence of standing water, which appears deep blue, while vegetation is bright green, and clouds are light blue and white. In January, wetland areas (center) appear softer blue amid the green vegetation, while in August, the region is awash in much more water, which is bright blue.

Flooding in Columbia and Venezeula