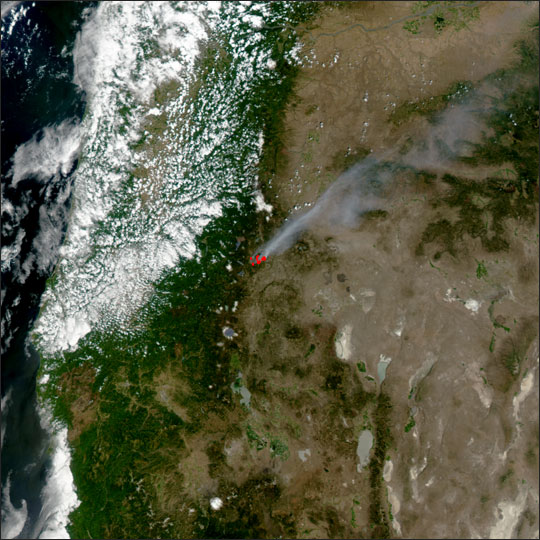 In eastern Oregon, the Davis Fire has scorched 40,000 acres as of July 1, 2003. The cause of this fire is still under investigation, and the fire is about 40 percent contained. This Moderate Resolution Imaging Spectroradiometer (MODIS) image of Oregon (top) and California (bottom) shows actively burning areas of the Davis Fire marked with red dots in the image center. Burning in the Deschutes National Forest, the fire is threatening several residences and has caused several rural subdivisions to be put on evacuation alert.