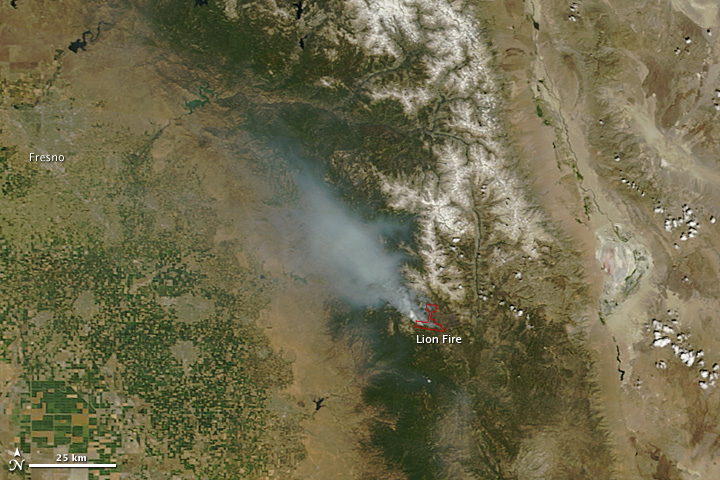 The Moderate Resolution Imaging Spectroradiometer (MODIS) on the Terra satellite took this image on July 28. The actively burning area is outlined in red. The Lion Fire is burning in the southern Sierra Nevada Range, which is still capped with snow in this image. Smoke from the fire has affected air quality in parts of California’s Central Valley, visible to the west of the fire in this image.