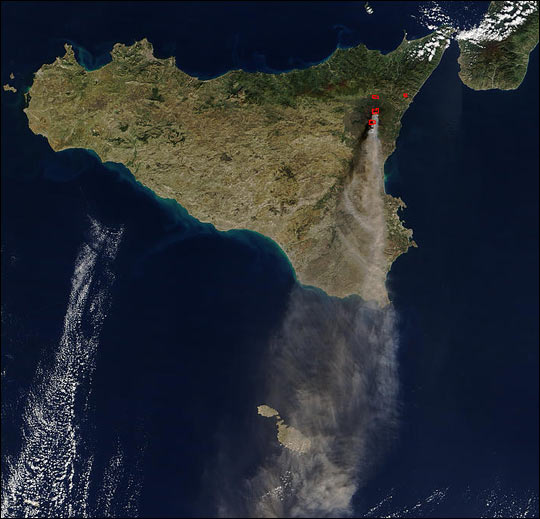 On October 27, 2002, the Moderate Resolution Imaging Spectroradiometer (MODIS) on NASA’s Terra satellite captured this true-color image of the eruption of Europe’s largest and most active volcano, Mt. Etna, on the island of Sicily. The volcano’s thermal signature was detected by MODIS and is marked with a red dot. On the northern slopes of the volcano, the thermal signature detected could be a forest fire caused by the eruption. A long, grayish-brown plume of ash and smoke is streaming southward from the volcano and out over the Mediterranean Sea.