Aqua is the most comprehensive of NASA’s water cycle missions, but it isn’t alone. In fact, the Terra satellite also has MODIS and CERES instruments onboard, and several other spacecraft have made or are making unique water-cycle measurements.

The Ice, Cloud, and Land Elevation Satellite (ICESat) was launched in January 2003, and it collected data on the topography of the Earth’s ice sheets, clouds, vegetation, and the thickness of sea ice off and on until October 2009. A new ICESat mission, ICESat-2, is now under development and is scheduled to launch in 2015. 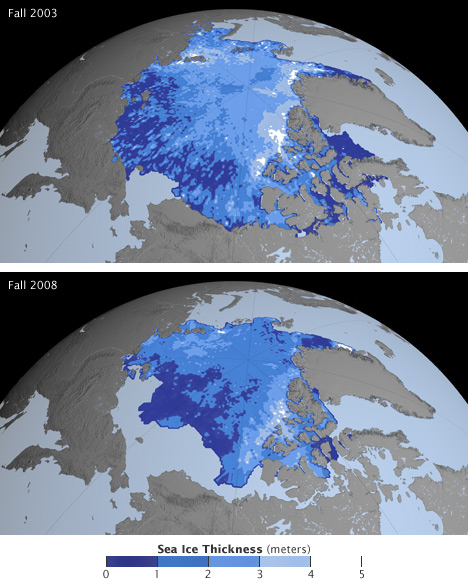 The Gravity Recovery and Climate Experiment (GRACE) is a unique mission that consists of two spacecraft orbiting one behind the other; changes in the distance between the two provide information about the gravity field on the Earth below. Because gravity depends on mass, some of the changes in gravity over time signal a shift in water from one place on Earth to another. Through measurements of changing gravity fields, GRACE scientists are able to derive information about changes in the mass of ice sheets and glaciers and even changes in groundwater around the world.

These GRACE data show monthly gravity differences calculated from a 2003-2007 baseline. The big contrasts in the Amazon are due to seasonal changes in rainfall. (NASA maps by Robert Simmon, using GRACE data.)

CloudSat is advancing scientists’ understanding of cloud abundance, distribution, structure, and radiative properties (how they absorb and emit energy, including thermal infrared energy escaping from Earth’s surface). Since 2006, CloudSat has flown the first satellite-based, millimeter-wavelength cloud radar—an instrument that is 1000 times more sensitive than existing weather radars on the ground. Unlike ground-based weather radars that use centimeter wavelengths to detect raindrop-sized particles, CloudSat’s radar allows the detection of the much smaller particles of liquid water and ice in the large cloud masses that contribute significantly to our weather. 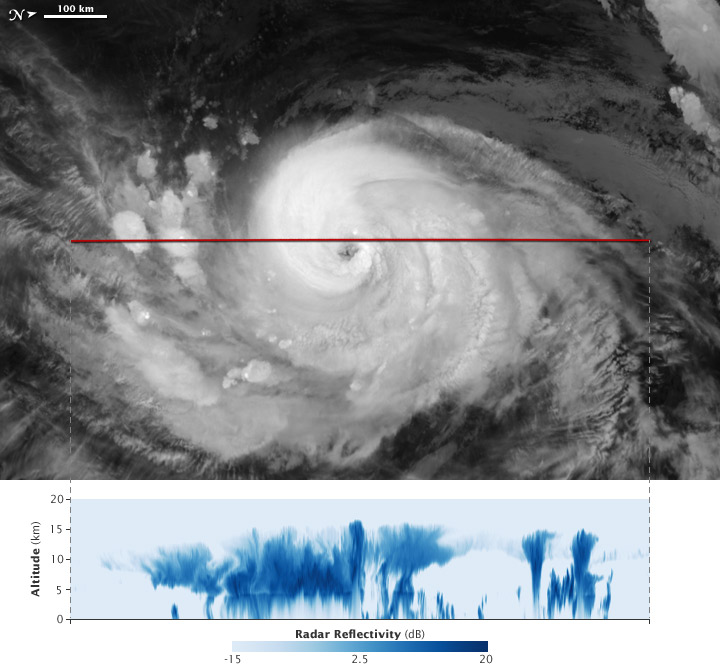 CloudSat’s radar measures the vertical distribution of clouds, such as this profile of Hurricane Julia. (NASA image by Jesse Allen, based on MODIS and CloudSat data.)

The joint NASA and French Cloud-Aerosol Lidar and Infrared Pathfinder Satellite Observations (CALIPSO) is providing new insight into the role that clouds and atmospheric aerosols (particles like dust and pollution) play in regulating Earth’s weather, climate, and air quality. CALIPSO combines an active laser instrument with passive infrared and visible imagers to probe the vertical structure and properties of thin clouds and aerosols over the globe. 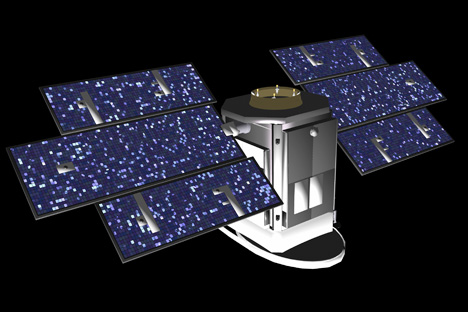 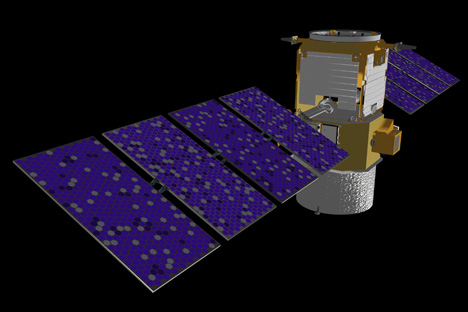