Smoke from a Distant Fire

From the sunrises to the city lights, from the lush greens to the bright whites, astronauts have seen and shared many visions of Earth’s beauty.

They’ve also had gripping view of some of the world’s disasters, natural and unnatural. In 1991, the astronauts on six shuttle missions—Atlantis (STS-37, STS-43, and STS 44), Columbia (STS 40), and Discovery (STS-39 and STS-48)—had a view of an environmental horror. 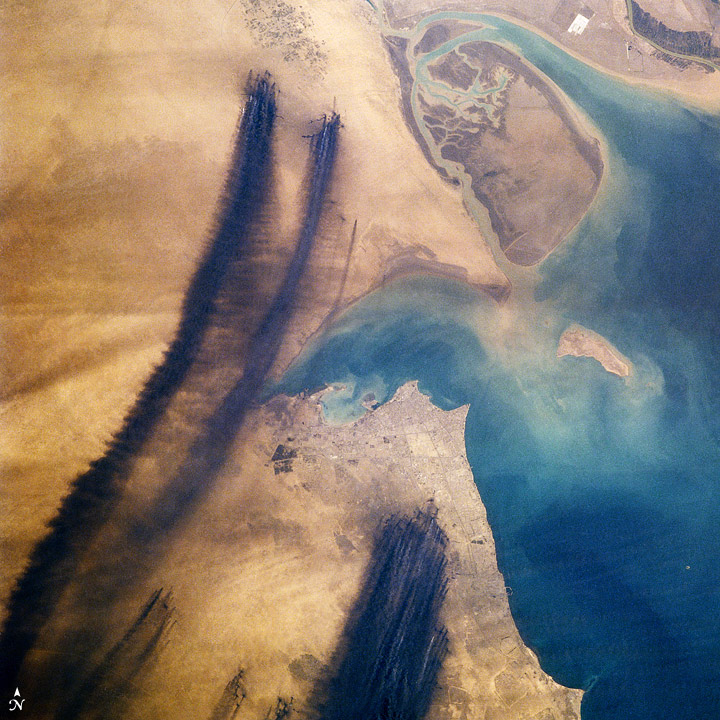 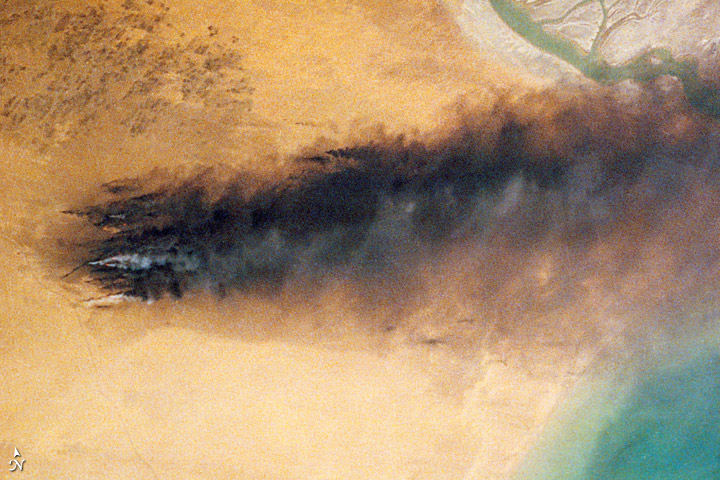 In February 1991, near the end of the Persian Gulf War, Iraqi troops systematically destroyed and set fire to 750 oil wells across Kuwait. Approximately 4 to 6 million barrels of crude oil and 70 to 100 million cubic meters of natural gas burned each day for weeks. Images from the space shuttle astronauts were used by the Earth Observations Group at NASA Johnson Space Center to compile a map of the smoke plumes.

In the two images above from April 1991, black smoke plumes are still streaming into the skies around Kuwait City five weeks after the fires were set. The oily plumes extended three to five kilometers up into the atmosphere and hundreds of kilometers across the horizon. 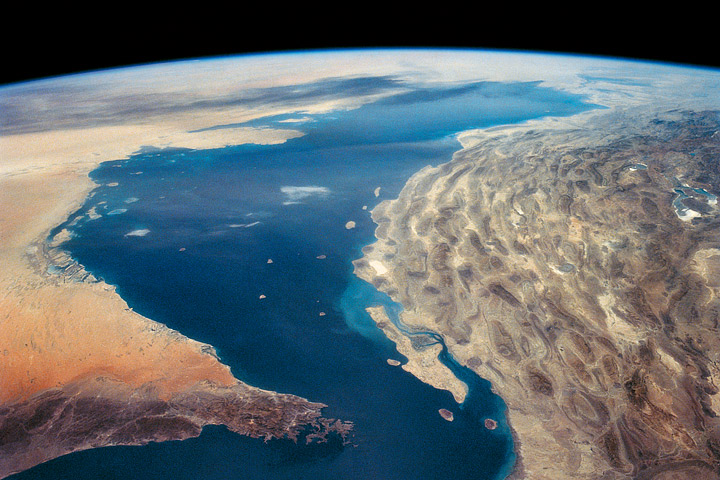 In a wide-angle view from June 1991 (third image), a pall of smoke hovers in the distance over the Persian Gulf and the nations surrounding it. The plumes degraded the air quality in the region for months and generated various potentially hazardous gases. By November 1991 (bottom image), the last of the oil fires were put out, but the residue of oil and soot stained the desert near the Alburoan and Umm Gudair oil fields immediately south of Kuwait City.