“One of the Space Shuttle’s enduring science legacies is the near-global topographic mapping of the Earth with innovative radar remote sensing technologies,” wrote Kam Lulla and Michael Kobrick in Wings In Orbit. “The shuttle also served as an important engineering test bed for developing the radar-based mapping technologies that have ushered in a quiet revolution in mapping sciences.”

Radio detection and ranging, or radar, bounces rapid pulses of microwaves off of surfaces and records the echoes to create an image, in daylight or the dark of night. The wavelengths are longer than visible light, allowing radar to penetrate clouds, dust, and haze. And when radar is moving along a track line, it is possible to combine the echoes received at various positions to create a sort of “radar hologram.” All of these traits make radar ideal for mapping the surface of our planet—a process that was very difficult to standardize before NASA and other space agencies took a look from space. 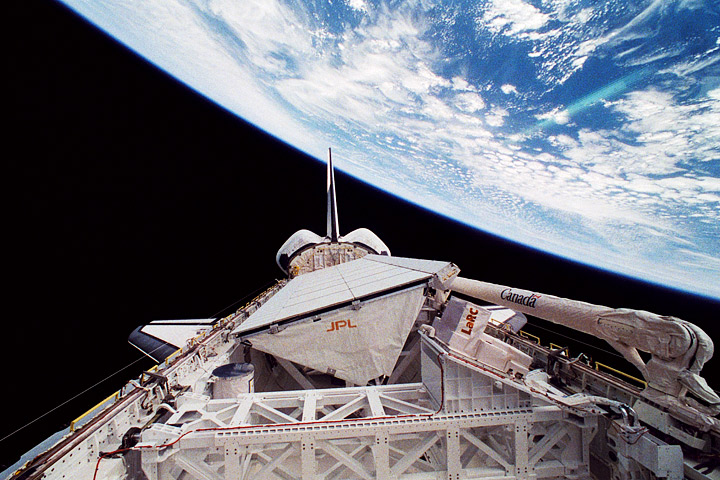 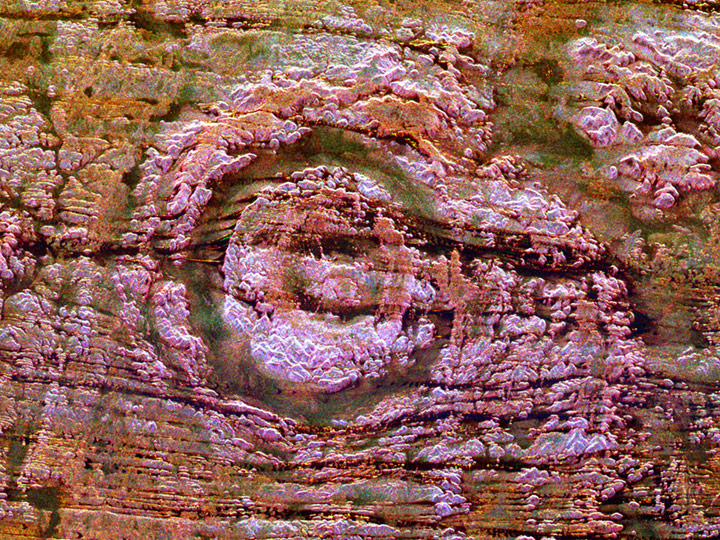 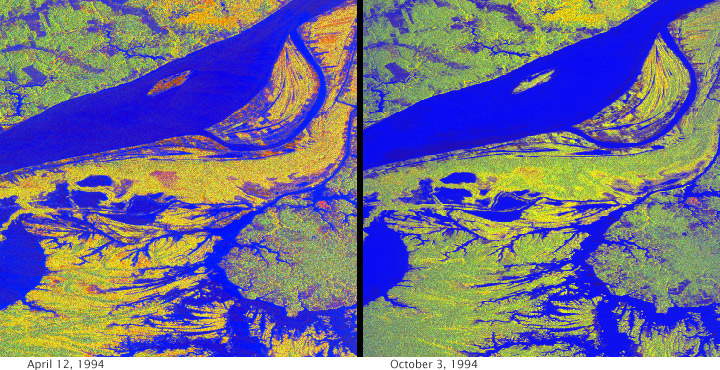 Starting with the second-ever Space Shuttle mission, the NASA Jet Propulsion Laboratory and partners from Germany and Italy flew five radar mapping experiments: Shuttle Imaging Radar A (1981) and B (1984), Space Radar Laboratory 1 (1994) and 2 (1994), and the Shuttle Radar Topography Mission (2000). Astronauts used the shuttle’s robotic arm like a boom, stretching the radar out of the cargo bay (top image) and into an unobstructed view of Earth.

From the very first flight with a single-frequency instrument, the shuttle imaging radars proved themselves useful in mapping geologic structures, exposing faults, fractures, and buried features that were hard to detect from the ground or with visible-light imaging. They also proved themselves sensitive to changes in roughness, allowing researchers to distinguish between vegetation and human-made structures.

The middle image above—acquired from shuttle Endeavour in April 1994—shows the scars of an asteroid or comet impact in the midst of the Sahara Desert in northern Chad. The concentric rings of Aorounga impact crater, which spans about 17 kilometers (10.5 miles), were buried and filled over thousands to millions of years by sandy sediments. The Spaceborne Imaging Radar-C (SIR-C) and X-band Synthetic Aperture Radar (X-SAR) of Space Radar Laboratory 1 was able to see through the debris to the rocky formation below.

The bottom pair of images show the Manaus region of Brazil, in the Amazon River watershed. As viewed by space radar in April 1994 (left) and October 1994, green areas are heavily forested, while blue areas are either cleared forest or open water. The yellow and red areas are flooded forest or floating meadows, with the flood extent much greater in April. Such images demonstrate the utility of radar for penetrating thick vegetation and for viewing regions with frequent cloud cover.